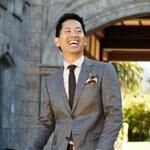 Norwegian air coach or premium? Any good apartments to rent?

Traveling to Copenhagen next July. Party of 5 (3 kids) flying from lax to Copenhagen. Trying to decide if upgrading to premium class is worth it. Has anyone flown coach or premium on Norwegian air on that flight? How are the seats, legroom, recline?

Also, I would love to find an apartment to rent 2 bedrooms (with 4 beds) in Copenhagen. Airbnb and vrbo aren't great at inventory there. Looking for recommendations.

I've flown the Norwegian long haul flight from lax to cph. Considering all aspects of the flight I would say it's very worth it.

- price. It's cheap. I paid $1300 for the premium economy round trip. At the time that was close to paying coach on other airlines.

- non-stop. It's the only direct flight from lax to cph. It's a 10 hour flight. Mix in a layover on another airline and you're looking at 15 hours at best. That layover is a killer. Especially with the kids. Trying relax in heathrow... Good luck.

- plane. They fly the 787 Dreamliner (make sure you confirm when you book to be safe). I'm normally wrecked after a flight like that but I think the humidity control in the cabin actually helps with the jet lag from what I experienced.

- time of departure. Last year they left at 7:30pm which is the ideal time IMO to take a flight to Europe to minimize the jet lag.

- in flight tech is weak. Entertainment system is very light in options. So bring your own movies etc.

- service. Dont expect to be pampered. If you're thinking Southwest caliber service you'll be pleasantly surprised.

- check in. Last time at Cph airport they didn't have a special check in for premium economy.

On the apt search, I've had good luck on airbnb. Found some really nice and large places. But be warned. They count floors differently. Their first floor is our second floor. And in some of their older buildings the flights are huge. Carrying luggage up 5 flights is a quad burn. I think you might be having trouble finding something because it's so far in advance and/or your length of stay is longer than most. I'd try shortening the stay to get a better idea of true infentory and then talk to owner about going for longer.

answered by
Heather from Bristol

Don't know about flights, but I can highly recommend this Air B&B appt in Copenhagen where we stayed in the summer - there's a link in my article. Not sure if it will be available at the time you are there, as the owner moved to his summer house, but he was a really nice guy and may be able to suggest other accommodation if you can't find anything suitable.

answered by
Dennis from Copenhagen

Regarding flights JR covered it!

AirBnb is really good for finding a place to stay in CPH. Try and find a place in these areas: Vesterbro, Christianshavn, Inner city or Frederiksberg (my opinion). But since Copenhagen is rather small it wont be a problem getting around, either on a bike, public transport or even by walking.

If you want some tips for your trip I wrote an answer some time ago, see here: http://www.trippy.com/question/Copenhagen-2-days-in-Copenhagen----Hit-list-recommendations

Have a good trip!

answered by
Christian from London

For the apartment bit, I can also recommend these guys  http://www.apartmentincopenhagen.com/  - they do the nicer / upper end apartments - mostly with very nice Scandinavian / Danish design interiors. They also provide services like cleaning, bike rental - things that I for sure find to make your vacation a bit more relaxed and.. well vacation like..