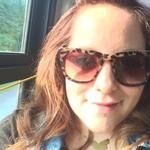 Travelling in early September with an active one year old and two parents who are lovers of food, beer (drinks in general), museums, shopping and walking.

We're stuck between Chicago and Cleveland - Which one do you recommend?

top answer by
Vince from Sarasota
No comparison; definately Chicago.
Chicago has a beautiful skyline and so much to do and see.
Stay near N Michigan Ave and can walk to Millennium Park where thy have free shows and concerts. Take a river cruise on the Chicago River.
Go on top of the Willis Tower (old Sears) tower. Visit the Museum of Contemporary Art, the Museum of Science and Industry, the Shedd Aquarium, etc.
Chicago has the best restaurants in the world and you must try the deep dish at Pizzeria UNO or Pizzeria Due or at Lou Malnati's Pizzeria. Also try their famous Italian Beef.
Great shopping on MIchigan Ave. and great bars and restaurant on Rush St.
Enjoy

answered by
Kimberly from Chicago

Here are a few others: http://www.thisiscleveland.com/things-to-do/arts-entertainment/museums/.

And lots of information on TripAdvisor: http://www.tripadvisor.com/Attractions-g50207-Activities-c49-Cleveland_Ohio.html

The Chicago list is huge: I don't even know where to begin. Tons of museums: My favorites: Museum of Contemporary Art, The Art Institute of Chicago, Millenium Park, The Bean, Shedd Aquarium, Field Museum of Natural History, Adler Planetarium.

Both cities have amazing restaurants. It depends on your taste. I'm happy to recommend some great restaurants. Here's a start:

Both cities have great sports and great venues for the major sports teams. Cleveland:

Let me know if you need more recommendations based on your interests.

I may be biased because I'm from there--but I'd say go for Chicago! Chicago is a much bigger city than Cleveland, and if you love food, it's one of the best cities! I would recommend staying in River North or Gold Coast as both neighborhoods are very walkable to N Michigan Ave shopping and restaurants. Also, the bean at The Bean which is a must for your little one!

Some of my favorite food spots:

Au Cheval for the cheeseburger! Get an egg on top-- it's delish! They don't take reservations however, so I'd say get there right at 5pm when they open and you won't have a problem.

Pequod's Pizza - located a little outside of River North, but worth it! The caramelized crust is ON point! My favorite pizza closer to downtown would be Giordano's - they have multiple locations. Lou Malnati's Pizzeria is also classic. You can't go wrong with either for the deep dish Chicago style. If you like pineapple on your pizza, eater beware you won't find pineapple at Lou's.

Here's something that could be fun as well - what about a beer tour through the city? Check out http://www.chicagobeerexperience.com/ - if you're up for it. :)

Please let me know if you have any specific follow up questions. Happy to help!

answered by
Susie from Chicago

Like Kimberly, I am from Cleveland but live in Chicago. Both cities have lots of options for beer, museums, shopping, and walking as she outlined already. Early September is a fantastic time to visit both cities.

If you are in Cleveland September 5-7, there is an air and water show going on. There is a Jazz festival in Chicago September 3-6, if that helps tip the scale in either direction.

I will say Cleveland is much more affordable, especially when it comes to accommodations and food, so you will likely get more for your money in Cleveland. The Art Museum in Cleveland is free, you only have to pay for special exhibits.

The beer scene is superior in Chicago with Revolution, Half Acre, Goose Island, and Lagunitas. In nearby Indiana there is also 3 Floyds and 18th Street Brewery. If you do go to Chicago, you have to try Links Taproomwhich is an amazing beer bar with 30+ taps! However, Cleveland's Great Lakes, Fat Heads, and Akron's Hoppin' Frog all have some awesome beers and Winking Lizard (which Kimberly mentioned) is a fantastic beer bar and restaurant perfect for trying new beers.

Walkability and shopping are much better in Chicago, but there are several great areas to stroll around Cleveland, such as the Ohio City where Goose Island and the historic West Side Market are. East 4th Street downtown has been really built up with restaurants, bars, and shops. On the east side near the art museum and Little Italy are also gems. There is also the Metroparks, which have miles of walking and biking trails.

I'm not sure if you were planning on flying or driving, but of course Cleveland is a lot closer to Ottawa if you plan to drive. Add on 5-6 more hours to get to Chicago. If you drive, you could easily stop in the Finger Lakes or Buffalo/Niagara Falls on your way.

I love both!!! I go to both. Cleveland has much to see and do. Chicago has torn down a lot of old projects, leading the way for much building. If you don't mind congested traffic and expensive parking, then Chicago is the place for you. I was there two weeks ago. Fell and am recovering, watch out for uneven sidewalks. Cleveland has a beautiful downtown dining district, beautiful stadiums, etc.

answered by
MaryBeth from Los Angeles

Chicago- no contest ! Cleveland is interesting but not remotely on the same level.

Cleveland is boring. There's the Rock and Roll Hall of Fame and Museum and nothing much else to write home about. Chicago is one of the world's most exciting cities.  No comparison, quite honestly.

answered first by
Curious from Detroit

answered by
Tom from Chicago

Chicago - to echo everyone else's sentiment here, it just isn't a contest.

answered by
tristan from Defiance

answered by
S. from Vancouver

Cleveland has a lot to offer in the way of food and beer and, particularly, culture, but it's a city of < 400,000 people whereas Chicago - also with food, beer, and culture - is a city of seven times that. Both have great art museums (admission to the The Cleveland Museum of Art is free) and world-class symphonies. You don't say how long your trip will be - more than two or three days in Cleveland might be too long. Chicago has the Field Museum of Natural History, which is notable. Cleveland has the great Cleveland Museum of Natural History. Chicago might be easier to fly to. Cleveland will be less expensive.

answered by
Stacey from Jackson, Mississippi

answered by
Rockland from Chicago

Ugh. Is this some kind of joke? Chicago

answered by
Paige from Venice Beach

I have been to both several times and I recommend Chicago. There's a plethora of restaurants for pretty much any meal/drink you might be looking for and Chicago is definitely the best city for food lovers. There are several shops all along N Michigan Ave and also cool things to see such as the Shedd Aquarium, the Museum of Contemporary Art, The Bean, the Lincoln Park Zoo in Lincoln Park ect. You can walk all over the city and transportation is easy if you need to get somewhere a little farther out. (uber, the L, buses ect.)

answered by
Jennifer from Grayslake

I currently live in Chicago but have visited Cleveland many times. I must say, Cleveland is one of my favorite cities! I always eat at Lolawhich is one of Michael Symon's restaurants, and it is in the quaintest little area that you can walk around and explore. Cleveland has a big farm to table scene if that's your thing and I know you can find your share of craft beers and cocktails. I second what another person said about Cleveland being more affordable-this is for sure true although the public transportation will not be as good if you will be needing that. Chicago will have everything you need as everyone else has said, you will be better off not renting a car and making your way on foot-everything is pretty easy to find and public transportation if you need it is reliable. All of the food suggestions given are fantastic! There are so many events going on in September in Chicago if you are here September 4-7 I recommend making your way to Naperville it is an easy train ride for the Naperville Last Fling it's a family event with a parade, carnival rides, children’s area, music stages, and food vendors. This does fall on Labor Day so expect crowds but the river walk is gorgeous and there are little boutiques and restaurants as well. I hope you have a great time in whichever city you choose!

answered by
Will from Chicago

With your description, Chicago would be ideal for you.

FOOD: Parents can try different food styles from different neighborhoods.  You have Chinatown Chicago, W Devon Ave (Indian and Pakistani), Greektown, River North (American and Chicago), and many others.

BEER: Goose Island to try a "local" beer and there are plenty of rooftop bars for night out on the town