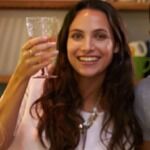 The best of Cincinnati?

I'm heading to Cincinnati at the end of fall for a week. I don't hear much about this city, so I'm not sure what it has to offer. What are the best activities I can do there? I love the outdoors and culturally enriching things, so I'd appreciate if you could fill me in on activities I can't miss out on. Thanks!

top answer by
Chad from Cincinnati

Depending on the weather, going down to the Ohio River Waterfront area would be nice.  Check out the three parks which make it up:

You should also check out Eden Park, which is above the city:

Currently, there is a major revival of a historical part of the city called OTR - for Over-The-Rhine.  In the late 1800s German settlers were pushed to the northern part of the city and established a thriving community which they called Over-the-Rhine, because you had to cross a canal to get to it from the main city.  The architecture in this part of the town is stunning, and there is a burgeoning restaurant & retail scene happening.

Here's some information about OTR:

And you can check citybeat.com for reviews of restaurants and such in the area.

Finally, the craft beer thing has exploded in Cincinnati in the last 5 years or so.  In addition to the few that have a presence in the downtown (Moerlein Lager House) and OTR areas (Moerlein Lager House, Rhinegeist Brewery), if you're interested in the history of Cincinnati as a beer town (27+ major breweries in the late 1800s and the largest prior to Prohibition) you should look for Cincinnati Historical Brewery Tours, two of which follow:

I've been on both and plan on going again...they're that interesting. Architecture, History and Beer...what's not to love?!

Quite a bit of info for you.  I hope it helps.

BTW...I'm not a native, Tempe, Arizona being my home, but I love this town and hope you get a good taste of why.

I would be amiss if I didn't tell you to visit the Cincinnati Museum Center at Union Terminal. It is one of the most beautiful buildings in the region, both inside and out. Even if you don't want to go to any of the four museums in Union Terminal, or the Omnimax Theatre, just parking away from and walking up to the UT is a treat. Then walking inside and seeing the worker murals overhead...it's a great experience that shouldn't be missed.

Rosie
Wow, thank you so much, Chad!!

answered by
Noory from Newport News

Go to Cincinnati Union Terminal and if going on labor day weekend and you don't mind crowds go to the WEBN fireworks show, it's an all day affair  and would get there early in the day for finding the best place to see the fireworks. The foods and fun is amazing.

answered by
Jarod from Kentucky

The Over-The-Rhine neighborhood of downtown Cincy has amazing things to offer, including some of the best bars and restaurants in the city. Nearby Washington Park is a great spot to spend some time outdoors while also staying close to all the action. You can rent a bike and take your own tour of the downtown area. I like to tell others to make sure and visit Rhinegeist Brewery.

answered by
Laura from Honolulu

I definitely agree with Chad on this one.  You've got to enjoy the excellent beer that Cincinnati and Ohio have to offer.  Rhinegeist Brewery and Jackie O's Pub & Brewery are two of my favorite.