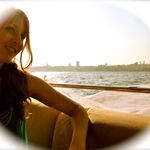 Only one week in China. Which cities should I visit?

I only have one week to visit China, what do you recommend? Shanghai? Beijing? How many days for each city? Thanks!

If you only have one week, then I would choose two out of three of the following cities:

1. Beijing. You can easily spend three nights here. There are so many things to do in the city like Great Wall Of China, Summer Palace, Forbidden City Mausoleum of Mao Zedong, etc. The only thing is that sometimes the pollution is horrible and you  just get a super muggy day. You can literally see and feel the communism in this city. It's very apparent. Read about My Weekend in Beijing on my blog.

2. Yangshuo/Guilin. This is probably one of the MOST BEAUTIFUL place I've ever been in my life. Taking a boat ride from Guilin down to Yangshuo or vice versa (about 2-3 hour boat ride) on the Lijiang river, was BREATHTAKING. Especially when you go around sunsetting time, there is no one on the river and it's just spectacular. The mountain formations are perfect for rock climbers, even first timers. People are extremely friendly (unlike in Beijing and Shanghai) and things are relatively cheap. It's touristy enough where you don't feel completely out of place, but not touristy enough where it feels like you've discovered a hidden gem of China. If you go here, I'd say spend one night in Guilin and at least three nights in Yangshuo. 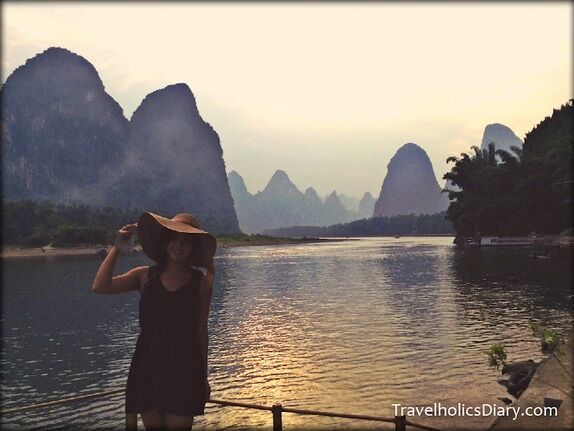 3. Hangzhou/Shanghai. These two cities are within one hour train ride from each other so you can knock them down in 4 days or so. I'd say spend 1 and a half days in Hangzhou and 3 days in Shanghai. Shanghai is like any metropolitan city, but it's SO much fun. I've spent a good month or so living here and it never got old to me. The BUND is overpriced because it's where all the Europeans/expats hangout and they are owned by expats so they know that they can charge $16 for ONE drink. Check out People's Square (shopping area full of tourists, hookers and street vendors), Bar Rouge on the bund where all the French hangout (it's a really cool rooftop bar), take a double decker tour bus (but don't pay more than 28 yuan per person, the other ones are rip offs for the same one. look out for the "sightseeing" red bus), BUND Club (it gets you THE BEST view of Shanghai's Bund. It's a really nice wine bar. Only $16 entry fee and they give you a wine ticket with that). 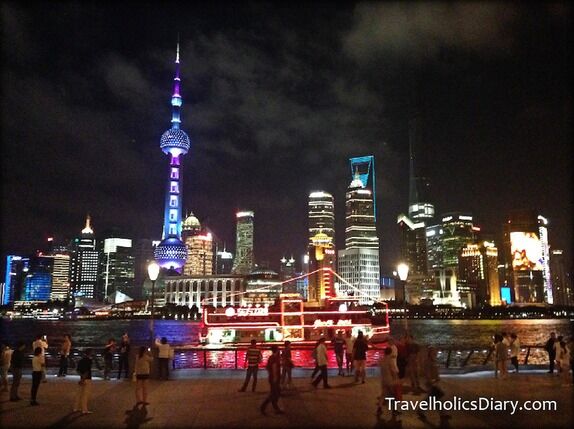 In Hangzhou, just rent a bike and go all around West Lake. It'll take you all day to see the place. There are temples, beautiful natural scenery and tons of people watching. Literally will take you all day. Go party at G+ Club, Coco Banana, Lava or Maya Bar. They're all great. You can also visit the Longjing Green tea field. It's about a 20min ride outside of Hangzhou. It's just a really nice quaint green tea field town. Very convenient to go from Hangzhou by taxi and it's not that expensive. Maybe around 120-200rmb ($20-32) one way. 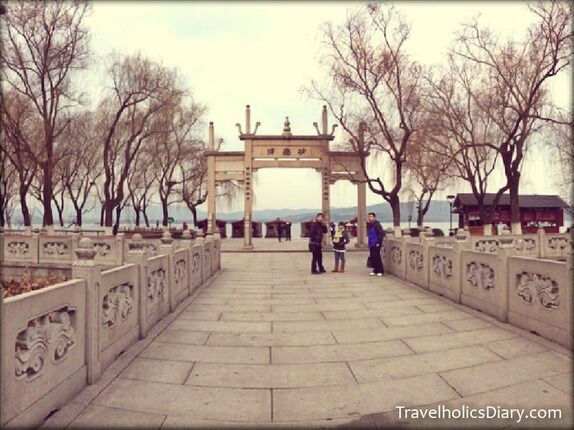 Option 2: Shanghai/Guilin/Yangshuo -- skip out on Hangzhou and spend 3 nights in Shanghai, then fly (2 hours without delay, but will almost always have delays due to Shanghai's pollution) to Guilin and spend 1 night there and 3 nights in Yangshuo.

Option 3: Beijing/Guilin/Yangshuo -- similar to above

Option 4: Shanghai/Hangzhou/Suzhou/Qingdao Lake -- This is all near Shanghai and very easy to get to by train or fast train. Shanghai and Hangzhou explained above. Suzhou is a river city, very unlike anything I've seen. It's sort of like Venice/Amsterdam meets ancient China. Another river city that's a lot less known is called Xitangzhen. These are just day trip places. Qiandao Lake also known as Thousand Island Lake is another day trip place worth going. It's really beautiful. Literally, thousands of island on this humongous man-made lake. There's some hiking and a lot of picture taking. 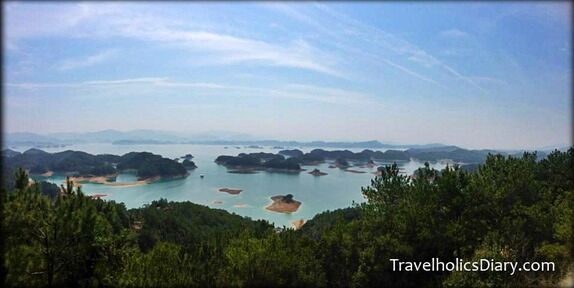 I spent about 5 months living in China, so if you want to read/get photos, here's my blog link to my posts on China.

answered by
Alain from Toronto

Beijing is the cultural capital while Shanghai is the business capital of the country.

I suggest Beijing. Your one week is not even enough to see everything there. But if you want to see many sights in such a short time, then, 3 days in Beijing and 3 days in Shanghai (and a day for a plane/train ride) is fine.

answered by
David from Baltimore

Guilin and its amazing karsts are probably the most breathtaking natural phenomenon I've ever seen. Stay at the Giggling Tree hostel and you'll have anything you'll need over there, including bikes and day trip plans. The owners of the hostel are awesome. Also be sure to take a Lijiang cruise. It will become one of your most memorable trips ever.

I’d recommend Beijing for its vast cultural and historical sights. Shanghai is definitely an amazing city but it doesn’t feel like China. It’s very westernized and feels just like any other modern city with an Asian touch.

The sights in Beijing are huge, they will take you a day or more to visit. Plenty of things to do there!

answered by
Antoine from Singapore

Beijing for at least 4 days to get around it and walk the Great Wall. Despite its crazy race toward modernity this is one of the very home of Chinese Identity.

Shanghai for 2-3 days - walk around it, and party it the hardest you can

answered first by
cyn from Reno

Not sure, we stayed in Shanghai, and love it. We did a tour called Shanghai Insiders on a motorcycle side car. Check on youtube.com... It was amazing. We took our two young boys. We toured the Yu Gardens on our own. Read Shanghai Girls.. It will make it extra special :0 We stayed 3 days.

Phoebe
1 week is too small if you want to experience China well. I recommend BeiJing and Pingyao (an ancient city). Beijing : Great Wall, The Palace Museum, Beijing Roast Duck...4-5 days experience is recommended. Pingyao ancient city about 1.5 days. And I recommend train travel, that is a very fantastic way to experience the local life. Beijing to Pingyao well cost 4 hours by high-speed train. A tickets booking service website recommended: https://www.chinahighlights.com/china-trains/