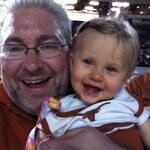 My wife, my nearly three year old daughter and I are going to Chicago for a few days in a few weeks. The wife is working while the little one and I are there to play.

What are the must-do's for a three year old in the city? We'll be staying somewhere in the CBD, but reasonable cab rides are fine.

Make sure to visit the Disney Store in Block 37 on State Street.  Little girls love this store.  And there's a great cupcake store a couple doors down.  Enjoy!

Brian
Is the Disney Store a particularly big one? She likes the one near our house, but it's a pretty normal one.

Dabs
There's another Disney Store on 717 N. Michigan Avenue on the Mag Mile but you might want to call 1st as a Yelp reference said it was closed for remodeling in Sept. I have to imagine that it will reopen before the holiday shopping season starts. Is 3 too young for American Girl doll stuff? There's a shop in Water Tower place which as a non parent I thought to be a bit of a nightmare when it was on Chicago Avenue but I think the new location is brighter and cheerier. I think there's also a Lego store at Water Tower

Mary Beth
It's pretty big with many interactive activities.

I don't have kids but some of the sights that I think would be kid friendly would include the Lincoln Park Zoo if the weather is nice and you could also stop by the Lincoln Park conservatory, both are free.  The Shedd Aquarium is terrific, if you don't want to spend a lot of time there, ask if they have a general admission ticket still just to see the main part of the aquarium without all of the shows, I think the main tank is one of the highlights of the aquarium.  If you have all day though, the full price ticket is worth it.  There's a children's museum on Navy Pier (have never been).

There's a 2nd Brookfield Zoo but you'd have to take a train to get out to Brookfield.  I think with a 3 year old you might just want to stick with the Lincoln Park zoo which is free and closer to downtown.

There's the Peggy Notebaert Nature Museum which is kid friendly, that is also in Lincoln Park.

Google Chicago with kids and you'll get dozens and dozens of other ideas from people who travel with kids.

answered by
Eric from Chicago

The Shedd Aquarium is always a favorite although can be a bit $$ and busy.  Lincoln Park Zoo is a nice size zoo and it is free!  I'm not entirely sure what 3 year olds are into but those are the two I usually take my family to.

answered by
Melissa from Chicago

I would agree with a lot of the other suggestions. Lincoln Park Zoo is one of my favorite places and great for kids. If it is chilly out, there are plenty of animal houses to get warm in and explore. The restaurant Stanley's Kitchen & Tap is close by and kid friendly in the back room (they have crayons on the tables). Plus, the food is delicious. I also highly recommend the Shedd Aquarium. Millennium Park is a fun place to walk around. Kids love seeing themselves in The Bean, also known as The Bean. Another idea is to hop on the El downtown and just ride it around the city seeing the sites from there. The Brown Line stays above ground on it's whole route. There is also the Field Museum of Natural History...3 years old might be a little young for it, but most kids like the dinosaur exhibit. It's right by the Shedd Aquarium. You could also check out the Museum of Science and Industry. I don't have kids myself, but have taken my nieces and nephews to all these places at all different ages and they really enjoy them. They really love going to the zoo and we go multiple time a year! I think Chicago is a very kid friendly city...there are parks everywhere and many museums to visit. Have fun!

answered by
ross from Chicago

All major museums have great kids areas especially for little ones. Navy Pier has great children's museum and some fun but cheesy touristy stuff. Millennium Park fun for kids.

answered by
Gre from Illinois

The Lincoln Park Zoo is free and would be great for a three year old. Just outside the zoo, to the west, is a small playground that would also be a good place for her to burn some energy.