Best place to get a drink and see the city from up high?

In Chicago for the next two days, where is the best place to get a drink and see the city from up high?

Any suggestions on some must do things?

top answer by
Rob from Chicago

OMG, there are so many new rooftop places that have opened downtown so many many options! It really depends on what you're looking for and what kind of scene.

Castaways has a casual beach bar vibe and is on North Ave Beach. It has amazing views of both the beach, lake, people watching and the skyline. Same goes for the bar at Oak Street Beach Food + Drink.

The two newest rooftop lounges are the one at the top of the Chicago Athletic Association hotel which has jaw dropping views of Millenium Park, the surround skyline around the park and wide vistas of Lake Michigan in the backdrop. The other hotel rooftop is on top of the Virgin Hotels Chicago. They have nice views of the river and the Trump International Hotel & Tower Chicago and other loop buildings.

The Wit Hotel also has nice views and is just a block away from the Virgin hotel.

The Loews Chicago Hotel is brand new and also opened a terrace bar. It's more of a subdued scene like the Trump's 16 bar but nice views of the NBC Tower.

I like the The Signature Lounge on the 96th floor of the John Hancock building...

answered by
Tom from Chapel Hill

I'd suggest you take advantage of the regional cuisine of Chicago. Grab an Italian beef sandwich and fries from Al's Beef on Taylor Street or a hot dog from Gene's & Jude's near the airport

The Signature Lounge is the only legit answer to this question. Plymouth Restaurant & Rooftop Bar also has a nice rooftop view of the South Loop/Printer's Row.

answered by
Jaime from Chicago

Cindy's at the Chicago Athletic Association is a great spot to see the city from up high, and is outside!  The Signature Lounge is never a disappointment, but Vertigo Sky Lounge and ROOF on theWit also have great spots.

My votes are for the The Signature Lounge in the Hancock building for views of the entire city and The J. Parker for views of Lake Michigan, Lincoln Park and beyond!

I'll throw out a couple other options as well for you - River Roast has a great waterfront patio for views of the Chicago river, Tanta Chicago serves up some delicious Peruvian food and their rooftop is the perfect place to enjoy one of their Pisco Sours!

Check out The J. Parker for beautiful views of Lake Michigan and the city, as well as delicious cocktails. It's also located in a great neighborhood Old Town. 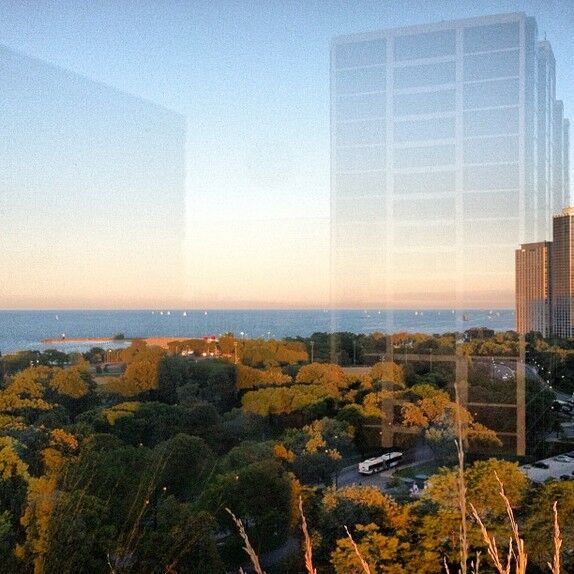 On the fancy side, The Terrace at Trump for views of the Chicago river and loop. Last, The Signature Lounge is fun at night. A little touristy, but I would recommend it!