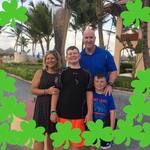 Looking for planning advice for a trip from NY to Charleston, Savannah and HHI for 7 Days. Family trip with 13 and 8 year old.

You don't say when you are doing this trip where in NY you are starting from or whether your children are boys or girls.  At 13 it might make a difference as to what I would recommend.  Anyway - you have three choices as to a route.  If you just want to get down to Charlestonfrom New York City as fast as possible, you  just go down I-95 to I-26.  For a bit more of an adventure, instead go down the New Jersey coast to Cape May There's a lighthouse there that you can climb and also a state park and beaches.  Then take the car ferry (you may need a reservation over to Lewes and follow US 113 down the coast of Delaware to either Chincoteague National Wildlife Refuge or Assateauge where you can see the wild ponies.  Then you can take the Bridge Tunnel down to Norfolk  There's a children's museum there and you can also tour Nauticus.  Keep on the coast down along the Outer Banks in the summer there is a Festival Park on Roanoke Island with re-enactors, and a play.  One of the NC  aquariums is there too.  You can also visit the Wright Brothers National Memorial You can take a car ferry from Hatteras to Ocracoke Island (free) and then there is a ferry (which requires payment) to get to Cedar Island  Down at Kure Beach there is a state park and museum if any of you are interested in the Civil War.  From here it is not far to Charleston. Although if any of the children is interested in art you might stop at Brookgreen Garden Drive  In Charleston, you might want to visit Mount Pleasant (South Carolina) and tour the aircraft carrier, submarine, and the fort there.

In Savannah if one of the children is a girl, she can tour Juliette Gordon Low Birthplace and just outside of Savannah is Fort Pulaski National Monument and Bonaventure Cemetery  I'm not really a fan of Hilton Head Island  So other people can tell you about that.  You can go straight up I-95 home, but you might stop off at the Hershey's Chocolate World and amusement park