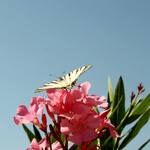 How many days to spend in Cape Cod over Boston?

I'm planning a 5-day trip to Boston and Cape Cod, but I can't decide how many days to spend in the ocean. Are 2 days enough to see the beauty of Cape Cod? Should I just spend my vacation there and go to Boston another time?

answered by
Casey from Boston

I am originally from Cape Cod but currently live in the Boston area. It really depends on what time of year you are coming. In the warmer months, I recommend three days on Cape Cod and two in the Boston area. Cape Cod is beautiful full of beautiful beaches (Dennis has the best beaches on the bay side) and lower cape like Wellfleet and Provincetown are spots to definitely check out. Boston is a great city but you really only need two days to see the attractions and get a real handle on what the city is all about. It's a great city but small and easy to navigate so you can tackle in two days and not feel super overwhelmed. If you are heading to Cape Cod you must go to Cahoon Hollow Beach and the Wellfleet beachcomber for lunch/dinner or drinks perfect for a couple, friends, or the family. This beach is fabulous.

answered by
Sean from Boston

You will need at least two full days to see the highlights of Boston. If you want to see the Cape - spend the remainder in Provincetown (also called Ptown). If you visit in season there is a ferry - you won't need a car once you arrive.  You might also consider visiting Nantucket instead, and saving the Cape for another trip.

I have the opposite opinion to the rest of the posters here.

I would spend three days in Boston and two on Cape Cod unless you are going in the summer.

I have spent a lot of time on Cape Cod in the fall, winter and spring (not as a tourist), and there's not all that much to do. Many places on the Cape close from Labor Day to Memorial Day. The Mashpee/Hyannis area has a lot of stuff catering to year 'rounders such as grocery stores and malls (like Mashpee Commons and Cape Cod Mall), but that's not necessarily what a tourist wants to see. (A Whole Foods is a Whole Foods is a Whole Foods.) The further out you go the more this is the case.

In addition, the beaches are quite blustery in fall, winter and spring; there's nothing to get between you and the wind. (Imagine what the Lakefront Trail is like once it starts getting cold - it's kinda like that.)  I have gotten lucky with freakishly warm weather in fall and spring, but I've also gotten spectacularly unlucky with some big storms such as Superstorm Sandy.

In summer I'd give it an extra day because you're going to need that day to get across the Bourne Bridge or Sagamore Bridge!

I like Boston so much but I LOVE the Cape Cod! If it was me, I would spend 2 days in Boston & 3 on the Cape. Cape Cod is so beautiful anytime of year. There are great off season deals right now and less crowds too. We're also still having warm weather here now.

answered by
Jeff from Lake Worth

Cape Cod is more of a destination than a drive through, to fully experience the pace of Cape Cod you should spend some time at a beach cottage like Seaside Cottages in Yarmouth, or Holy tree Cottages in Orleans .  You could take day trips to ProvincetownHyannis, Chatham (Massachusetts), etc. go on whale watches and just enjoy the area.  You could stop by Plymouth Rock on the way to Cape Cod, and they have a great Pilgrim Village that displays how it was.

Boston, one of my favorite cities, is an amazing historic place, the Freedom Trail, Waterfront. pretty easy to get around, unless you are driving :).  Boston is probably a 3 day city.

If you wanted to do both I would recommend 3 days Boston - stay close to water front, 2 days Cape Cod - stop at Plymouth rock on the way - 1/2 hour stop. And the spend 2 days cottage.

I really think you should spend the entire 5 days in  the Cape Cod area , It is way too cool a place for just a brief visit . I  could never have enough of that area . While you are there you must sail across to Martha's Vineyard . There are six interesting towns to see, the winery is a must, the famous The Black Dog Tavern ,  popular Lighthouses ,just to mention a few of the interesting places,  You may even, if you,re lucky be able to visit the Kennedy mansion. Great place to visit, Enjoy!

answered by
Nars from Boston

In addition to the towns suggested by Maria, I would also consider Martha's Vineyard or Nantucket. A quick ferry ride from Falmouth (Massachusetts) or Hyannis or Woods Hole.

If you are heading to Boston/Cape Cod in the next few months, it is going to be chillier. So, I would recommend 2 days in the Cape and 3 in Boston. Have a great trip!

Do you like cities or relaxing on the beach?  Cape Cod is lovely (and there are gorgeous little towns like Chatham (Massachusetts) , Brewster (Massachusetts) and Sandwich to visit but the start of the Cape is only about an hour from Boston and the WHOLE trip from Provincetown to Sandwich takes less than 2 hours. We spent almost a week in Boston and 3 days on Cape Cod (we based ourselves in Chatham) and that was plenty of time. There's much more to do in Boston and it is one of my favourite cities in the US, so maybe a night on the Cape and 4 in Boston ?