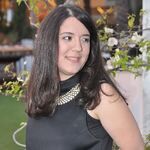 next month me and my friend will be in california, nevada and arizona we have only two weeks i would like to know about place i can't miss (except of course the places that everybody knows about them- i will sure go to this places)

i would like also to know about pool parties in vegas?

thank you have a good day :)

top answer by
Dee from California

I don't know where Janelle is getting her visions, but I'm in SF and she is definitely playing the "scare 'em" card.  The BDS has ads on buses for 4 weeks, as they have in 21 other states.  There is no "hot bed" of activity here.  Perhaps she is just trying to keep you away from the City.

As to her other California coastal recommendations, they would be fine if most of them weren't on fire at the moment.  You will not easily be able to get to them, if you can at all.  There is a fast-moving fire east of Santa Barbara, moving west toward the coast, one south of San Luis Obispo along highway 101, a HUGE one along Big Sur, which is burning Hearst Ranch and threatening Hearst Castle Rd and has highway 1 closed.  That one extends all the way to Carmel Valley.  For your trip, those are the only ones that will impede you--so far.  The height of Fire Season isn't even here yet.  No matter where you go, be sure to check the CalFire website or Facebook Page before heading out.

Janelle
I think it's safe to assume the fires will be put out well before Liat arrives next month...the "scare'em" pot shouldn't be calling the kettle black, my dear.

Liat
if i will be with car would you guys reccomend me to drive in road number 1?

Dee
Obviously you haven't spent much time in CA, Janelle. The HEIGHT of our fire season doesn't even arrive until Oct. If you think it's scare tactics, know that 400 homes were lost in our area in the fall of 2008. 1500 homes were lost in the Oakland hills, 15 miles east of San Francisco, in Oct. of 1991.

Dee
Liat, Highway 1 is where the biggest fire is right now. All you can do is watch the CalFire website or Facebook page to see where there are fires when you come. I do hope Janelle is assuming correctly that those fires will be out by then, please God, but in this state one never knows. They break out daily. If we still have fires somewhere along your route, you will simply have to make a detour or two. You can target for Highway 1 and hope for the best. It's a beautiful route when there isn't so much smoke you can't see it.

Janelle
Liat, if the fires are gone and it's open to traffic, then I'd definitely recommend Highway 1. It has a bit of a bad reputation for being dangerous, but you're Israeli so you know how to deal with dangerous roads and drivers!

First of all, I'd avoid the San Francisco area.  It's a hotbed of the BDS ("Boycott Israel") movement and other pro-Arab and anti-Israel activity.  As an Israeli, your hard earned money might be best spent elsewhere.

I'd fly into San Francisco because it's the airport closest to Monterey, Carmel By the Sea and Big Sur.  Monterey/Carmel is an attractive small city with a great aquarium, good restaurants and a thriving art scene, and Big Sur is just beautiful.

Then I'd head south on Route 1 (aka Pacific Coast Highway or PCH) towards San Simeon and the Hearst Castle, which is an enormous mansion that has to be seen to be believed.  Cambria and San Luis Obispo make good overnight stops.

Then I'd spend a few days in the Los Angeles area.  Santa Monica and Redondo Beach are good places to stay because they're by the beach and the weather is much cooler than the inland areas.

Next, I'd head down to San Diego.  Great beaches, and you can take a day trip to Tijuana, Mexico (which is much safer than the news media makes it out to be).

If you want to go to Las Vegas or Arizona, I'd fly to LV or Phoenix/Tucson instead of drive.  The drive through the desert is boring and there are few places to stop, and flights are cheap.

Tucson is the best city in Arizona.  It's got plenty of culture, the geography is beautiful and the food is fantastic.  The scenery reminds me of the part of the Negev just north of Eilat.  Loews Ventana Canyon Resort is a great hotel up in the mountains above the city. Biosphere 2 is a quirky and very educational site about 45 minutes out of town.  If you eat at one place in Tucson make it El Guero Canelo.  Phoenix is a dump - give it a miss.

Grand Canyon National Park in northern Arizona is another sight that has to be seen to be believed.  The best way to get there is to fly to Phoenix and drive about 4 hours.  You can also fly to Flagstaff (closer but much more expensive).

In Las Vegas, all the mega-resorts on the strip have large pools, and it's Las Vegas, so there's always a party!  I've only been to LV once, and we stayed at Caesars Palace, which is a great hotel with a cool atmosphere.  We went to the casinos at The Venetian and The Cosmopolitan of Las Vegas, but I think Caesars is a better resort than either of those.

Fly in to Las Vegas. It is best place to rent cars, if you reserve ahead. There is no need to go to CA. Stay at Harrah's Las Vegas on The Strip. It is in the middle of everything. Plan trips from there to Grand Canyon National Park, Hoover Dam, Boulder City, Sedona. Do the circle route from LV to Sedona and back in a circle and you will see a lot. I usually stay at Sam's Town Hotel & Gambling Hall in Henderson, the rates are less expensive.