I am planning to make a road trip passing through San Francisco, Monterey/Carmel, Santa Barbara, LA and San Diego.

Do you recommend any other place/city to visit?

What is the condition of the highways in the coast of California? Is it dangerous?

answered by
Alex from Los Angeles

Make sure to take your time driving through Big Sur, (the most beautiful coastline in California) and stop by Nepenthe for a great lunch with a view.

The highways are all in great shape, nothing to worry about.

Also, check out some wineries while you're in Santa Barbara. http://www.urbanwinetrailsb.com/ has a good list and it's hard to beat the Deep Sea Tasting Room on location.

Brew
+1 on Nepenthe for lunch. Great spot and views.

answered by
Bob from Pine Grove

Let me comment on the highways. Highway 1 hugs the coast all the way to LA. I think it then becomes PCH (Pacific Coast Highway) for a while. Along the San Diego coast you will travel on Interstate Hwy 5. You can access bits of Highway 1 in San Diego County. I have traveled all of these routes and they are excellent. Take your time.

Check out Esalen in Big Sur. You need a reservation to get in but they open the natural hot springs at night for people to come in from 12 to 3am Call 831-667-3047 its truly one of a kind experience. 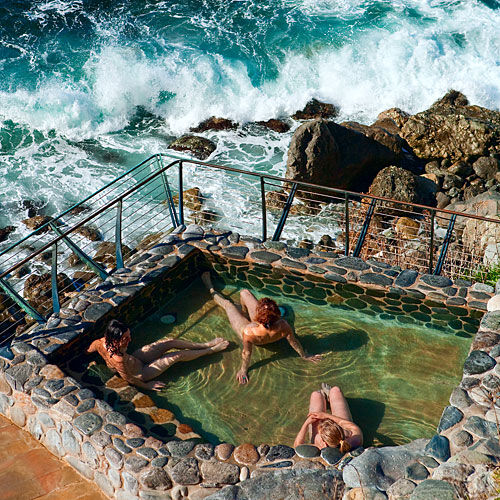 I recently drove from SF to Big Sur and the roads were safe the whole way. You must keep 2 hands and eyes on the road and not the amazing scenery or your drive on the edge :)  Just give yourself time to stop along the way and enjoy the views.

Debbie
I need to check out Esalen! Great suggestion!

Make sure you visit the beach bum's homes: Venice beach and Santa Monica Pier. Venice is great for culture and art, although some argue that the art is not so much art anymore. Make sure you get a Groupon (sometimes available) for Curious Bike Rentals and ride to the Venice Canals. You could even rent the bike in Venice and ride it all the way to the Santa Monica Pier and back if you rent early enough. Two the parts of the ocean are completely different but both worth seeing. If you like shopping, the Third Street Promenade is a very popular shopping destination for tourists visiting.

A place that you'll need to stop and visit is Laguna Beach very beautiful beach community well know as an artists retreat. Also take time to visit La Jolla on your way to San Diego  . . . follow our tips on twitter

The highway along the coast is safe and in many parts a beautiful drive. If you love natural wonders, as you drive south from Monterey be sure to pull off the highway and visit Morro Rock in Morro Bay. 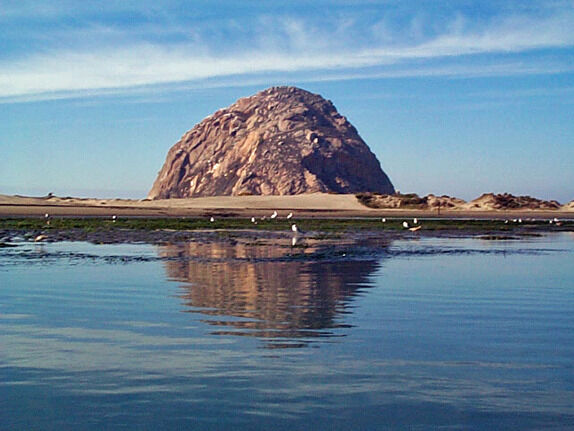 answered by
Sherry from Long Beach

Point Lobos Reserve, I was just there Monday and we had a great time. Seals and Sea Otters. If you get car sick, like myself, take something if you are going to do Highway 1 through Big Sur, beautiful, not to be missed scenery but very curvy. Also, Hearst Castle in San Simeon is great; also watch for the Zebras that roam the land near the highway. 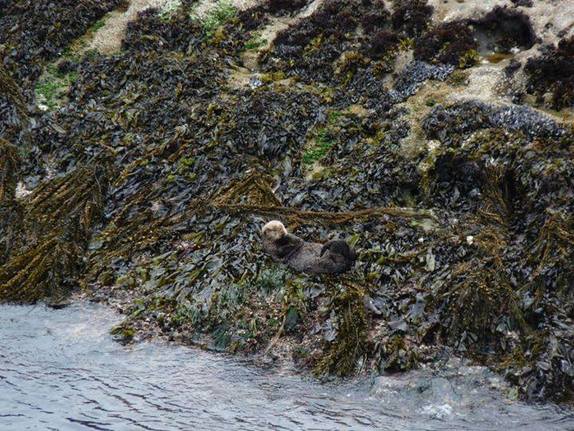 Santa Cruz, San Luis Obispo and La Jolla are all worth a stop.

answered by
Mallory from Bermuda Dunes, California
Parts of the coast highway are dangerous, especially through Monterey/Carmel/Big Sur - just drive slow/be cautious and you will be fine. In LA be sure to visit Santa Monica and Manhattan Beach. Santa Barbara is awesome - I highly recommend going on a hike to Inspiration Point

answered by
Merideth from Oakland

Hey Vini! You have a great trip ahead of you! Sounds like my favorite spots have been covered but I'd like to vote up my old home Santa Cruz (mentioned by others already). It's the quintessential California beach town. The Santa Cruz Beach Boardwalk is a great day and there are several beaches to choose from for chilling or watching surfers. It has a great little downtown for walking around in. And, bonus: it's where the 80s classic The Lost Boys was filmed. You can walk across the railroad bridge all the guys hung from. (You'll be surprised to see its location. I wont spoil it for you.)

Personally, I find driving the whole of Hwy 1 tedious after awhile. You might find it suits you to jump off the coast to 101 from time to time to give the driver a break from having to pay close attention to the road hour after hour.

Stop in San Simeon (California) to see the elephant seals (they are right next to highway and is a fun, short stop).

Morro Bay has a crazy huge rock right in the middle of it.

Pismo Beach (California) has really cool sand dunes that you can ride four wheelers on. If you're into that kind of thing.

Paso Robles (a little off the coast) for great wine tasting.

The highway is not really dangerous at all. Enjoy the trip!

answered by
Andee from Sacramento

Not dangerous at all, beautiful along the coast and Paso Robles is just a little inland treck for wonderful wine tasting

answered by
Mike from Hermosa Beach

Hi Vini..i definitely suggest 17-Mile Drive which runs from Pacific Grove to Pebble Beach (California), a stop in Santa Barbara for some amazing wines, scenery and food. If you can stay on PCH down to San Diego it will take you a bit longer but its worth it..you pass through so many amazing beach towns. Enjoy your trip!

answered by
David from La Canada

The roads are in reasonable condition, as long as you do not let yourself get distracted by the scenery.  If you do get distracted, especially when driving through Big Sur, a cliff awaits.

It looks like you've gotten a lot of recommendations for Southern California, so I'll give you a few suggestions that are more in Central California.  I'm not sure where you're from but of the many places that I've traveled to, I would say that the coastal highway conditions are pretty safe.

You should look into San Luis Obispo! It's pretty much the largest and most well-known city that's half way in between San Francisco and Los Angeles. Look into The Madonna Inn there. It's a world famous hotel and a trip to visit because all of the rooms have different themes and the garden is very whimsical. For food, you'll pretty much have to go to Firestone Grill. Don't be alarmed by the line, it moves fast. For coffee, Bello Mundo is where you want to be. Their little downtown area is really cute to walk around. 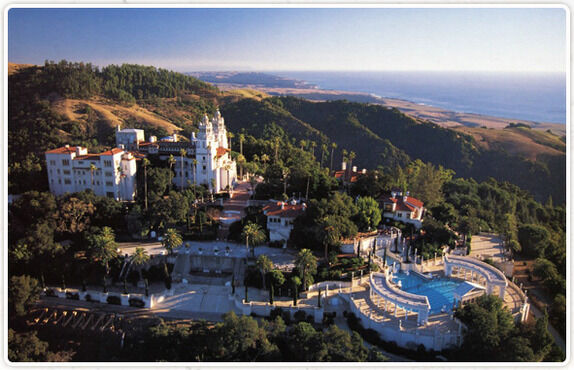 While looking into San Luis Obispo, there are other really cute beach towns around it, too, that you can look into -- Avila Beach 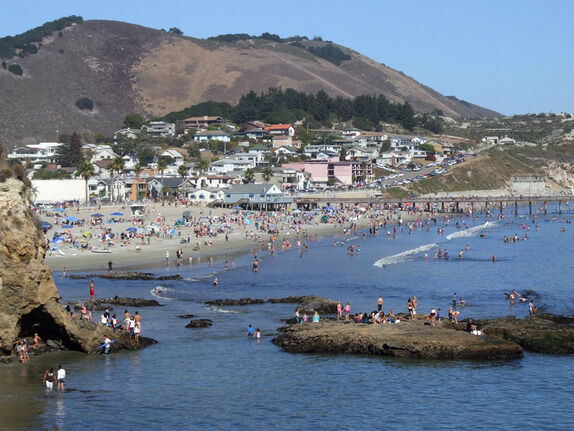 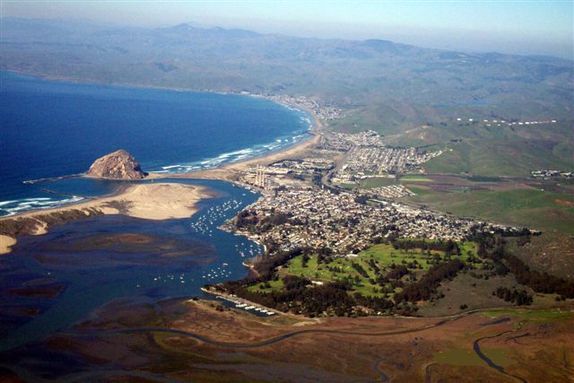 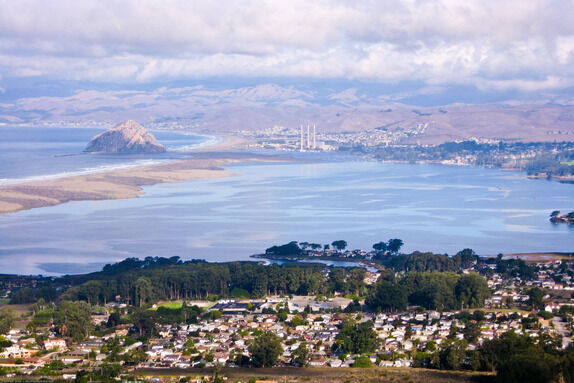 When I was in SLO in June for my brother's graduation (it's a bit of a college town, so you'll see a lot of young folks around), all the hotels in SLO were sold out, so I ended up staying at the Baywood inn in Los Osos and loved it! Very cute and quaint B&B in a small beach town. If you like wine, check out the city of Paso Robles, which is more inland and full of wineries. 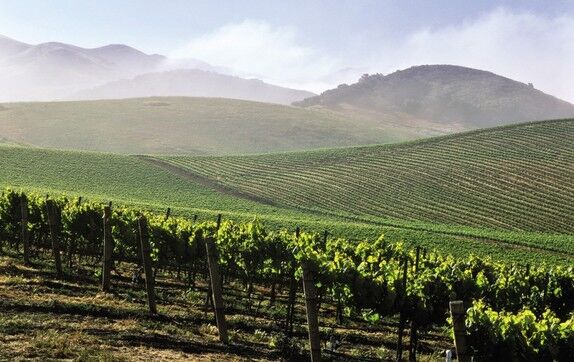 A little further north of SLO, check out Big Sur 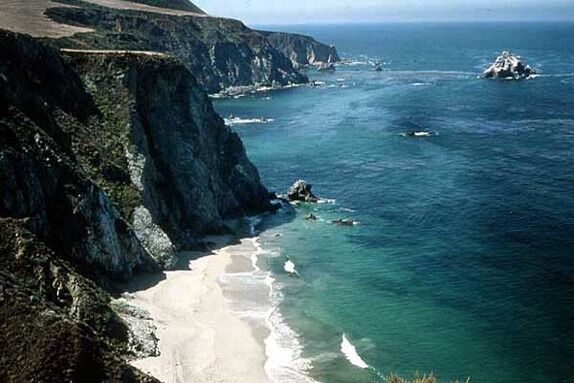 It's one of the most beautiful places I've ever been!  Be sure to stop off at Julia Pfeiffer Burns State Park for a little hike and great views!

Liz
I felt like i knew the area until i saw your answer. More to discover!

answered by
Emi from San Francisco

Sounds awesome! Just make sure to stop in the little towns along the way -- Pismo Beach (California), San Luis Obispo, Cambria, etc! It is such a gorgeous drive. Here are some pictures of our favorites!

If you are going by US-101/CA-1 then i would also recommend - Solvang, Pismo Beach (California), San Luis Obispo and Hearst Castle.

Conditions of the highway are pretty good and they arent that dangerous.

Half Moon Bay and Capitola are my favorites

answered by
Jacquelyne from Los Angeles

The Pacific Coast Highway throughout central and southern California is not dangerous as the weather is pretty temperate. Just beware of fog in certain areas in the morning and late evening.

Malibu is a typical chill California beach town, a little south, if you don't mind maneuvering crowds check out Santa Monica. There is a lot to do there - shops, restaurants and more, but with many sights to see come the crowds. If you're looking for a cozy beach town with lots to do but a small town feel check out Laguna Beach. Laguna would be my top suggestion as you head south. :) 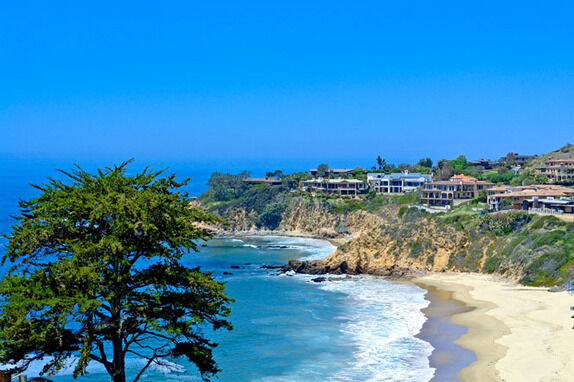 answered first by
Gail from Madison

I've taken this trip, in the reverse order.  Hwy 1 is not dangerous.  It is beautiful.  When you are south of Los Angeles, you will run into Camp Pendleton Marine Base Beach and you will have to go inland just a bit.  The road will have signs on how to get back to the coast when you're past the military area.  All of the beach towns are cool.  From just north of LA, stop and smell the flowers.  Malibu is interesting--not easy to get to the beach--but it can be done.  Again, Solana Beach is fun, Encinitas, Del Mar--it's all fun.  Enjoy!