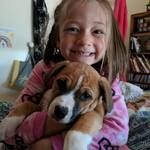 Hi there were coming to California for a month next September. Me, husband, 7 & 10 yr old, mum and 3 other adults.

Could you please help me with must see's in California. Of course Disney land is high on our list.

Still tossing up whether to do San Diego, Palm Springs, Lake Tahoe?? I know everyone's must sees are different so lm happy to hear everyone's ideas. Thank you 🤗🤗

The adults (and maybe the kids as well) might enjoy a history lesson and seeing one or two of California's early Spanish missions.  The missions were constructed in the late 1700s as an outpost of Spain (which held what's now California as a territory at that time) and the Catholic church to contribute to the local economy and help spread Christianity to the natives.  There were about 2 dozen in all, all of which still stand to this day.  Some are museums, some are working churches, some are both.  The best ones are Mission San Juan Bautista, Mission San Juan Capistrano, La Purisima Mission State Historic Park and Mission San Luis Rey.  La Purisima is especially good for kids because it's a working farm and they've got friendly animals that love children roaming about.

September is beach weather, and although the beaches in urban areas are dirty, the beaches in Malibu, Pismo Beach (California) and Carpinteria are good.

Catalina Island makes a great day trip from L.A.  You catch the ferry at San Pedro or Long Beach and the crossing takes about an hour and a half each way.

If you plan to go to Disneyland Park, Universal Studios Hollywood or any of the theme parks, buy the tickets in advance.  You'll save yourself a lot of time queuing.  Also, bring plenty of money.

I wouldn't recommend Palm Springs in September.  It's bloody hot (average daytime temperatures can hit 45 C) and it empties out during summer.

I would recommend the Monterey Bay area (Carmel By the Sea, Monterey, Pacific Grove and also  San Juan Bautista and some of the coastal redwoods (a different species than the sequoias that you see in Yosemite Valley Visitor Center or Kings Canyon National Park  The main coastal redwood National Park is around Crescent City but if you didn't want to go that far north there are some at Big Basin State Park