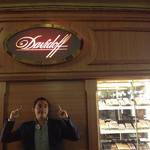 Must-see/do/eat in Cairo in 36 hours?

We are going in Cairo for the weekend, local advice would be much appreciated! What are the must do's of the city?

answered by
Sally from Los Angeles

Definitely agree on Khan El Khalili-Bazaar . It's a really fun and bustling market to see and shop.

Obviously the Giza Necropolis (Pyramids but for some reason it's showing up weirdly) are a must-see there. You can ride camels, carriages and horses out there but be sure to negotiate the rate! This is a bit further from the city itself so it'll probably eat a good chunk of your day, especially if you go inside.

Lastly, Salah El Din, Al Abageyah : It has a collection of mosques including Mohamed Ali mosque which is very popular. It also has a wide collection of museums - carriiage, military, garden, etc and a bunch of other educational sites. Ther's also a mini palace if I remember correctly.

Gad Restaurants is really good for traditional foul mudammas (Egyptian fava beans). It's a chain so you can likely a find a few around.

Koshary El Tahrir : There's another one downtown as well but this is really delicious and cheap local Egyptian food. They only serve koshary (in a variety of sizes) but hands down the best in Egypt.

Kababgy El Azhar Farahat (again, there are a few of these so find one closer to you) but if you want to try stuffed pigeon - another Egyptian delicacy, then head here!

The Mohamed Ali Mosque is the most visited site by far, but you should spend time exploring the other two mosques as well. The Citadel also houses a carriage museum, a military museum, a garden museum, and several other educational sites. Save some time for Gawhara (Jewel) Palace, which former Ottoman Army commander Mohamed Ali built for his last wife.

You can't go to Cairo and not go to the Khan El Khalili-Bazaar. I also loved the Ancient Egyptian Art Revival Center, unique and interesting things to see in there. It's touristy but worth walking through.

answered by
rana from Cairo

1. Pyramids for sure, it will be super hot but it's a no miss if you haven't seen them before.

2. Khan el Khalili is a great stop for shopping for local antiques and visiting El hussein mosque. You can have dinner there and get a taste of old Cairo.

3. Take a felluca (sail boat) on the Nile at sunset, you can pick them up from Cornich Maadi or Zmalek. Should cost about 20 LE per person maximum.

4. For real egyptian food (minus the poisoning) you can go to Abu El Sid in Zamalek district. Sequoia by the Nile is a very nice upscale restuarant/cafe where you can have Egyptian food and smoke Hookah. Not authentic but very pleasant and relaxing. Gets very busy on the weekend though, you have to book before you go.

5. Stay in Zamalek; it's a small "island" where most of the night life is and it's easy to access most of the touristic places from there.

6. Don't drink tap water. Ever. This is the trap that alot of visitors fall into and can really mess up their stomach. i would advise you to stay away from street food if you have a weak stomach.