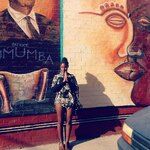 Places to see in Budapest for a solo female traveler

Going to Budapest by myself this year and would like to know what attractions I should see. I'm pretty adventurous but I'd like to stay safe, so the more centrally located, the better.

Halászbástya - Comprised of seven towers, this phenomenal Fisherman's Terrace overlooks the Danube. Has a lot of pathways and a panoramic views of Budapest.

Széchenyi Thermal Bath - Many of the baths, like this one, have been around for over a hundred years.

Summer on the Chain Bridge - An annual event on the bridge that is a big (free) festival of fun, food, activities.

Hungarian National Museum - A cultural and historical landmark, this museum is said to have played a major role in the Hungarian Revolution due to the reading of Sándor Petőfi’s 12 points and the famous poem Nemzeti dal from the front steps.

Vajdahunyad Castle - When in Hungary you've got to pay hommage to the Count, correct?? This castle has a statue of Béla Lugosi. Make sure you go during the day and maybe wear a scarf!

Matthias Church - This church has seen it all including numerous coronations and high-profile weddings, particularly the two marriages of its namesake, King Matthias. Fascinating story here about the "Mary wonder" involving cannonfire, an unexpected vision of the Virgin Mary and the collapse of the city because of it. A must visit.

When you're at the church, check out Ruszwurm Cukrászda. Just a few minutes from Mattius Church. Sample their cream pastries & cakes. The cafe is quite charming and has a Biedermeier interior.

Dohány Street Synagogue - Beautifully designed (and camouflaged) architecture meant to conceal the identity of it as being a Jewish Synagogue, the Viennese designer chose to use primarily Islamic models of architecture. Located near the border of the Budapest Ghetto.

Gellérthegy - Gellert Hill is a 700+ feet high hill known for its beautiful vantage point. Not surprisingly, it is currently known to be an affluential neighborhood for many ambassadors & dignitaries. Part of the world heritage site known as the "Banks of the Danube."

Four Seasons Hotel Gresham Palace Budapest - It goes without saying that if you can afford it, you can't go wrong at the Four Seasons but even if you can't, it's worth seeing. Great central location. Many rooms have a view of the Danube as well as step-out balconies.

Baths.  If you have the time, I would add the Gellért Thermal Bath, although the Széchenyi Thermal Bath and surrounding city park are a first choice.  (The map has not located Szechenyi correctly) Memento Park Budapest, a collection of fallen Communist statues is interesting in a kitchy sort of way.  We attended a concert at the Bartók Béla National Concert Hall, and if you have any Tango talent, you can google a Milonga for any week .  We attended one in the upstairs lobby of a great old theater.  Central Market Hall is vastly interesting and a good place to eat.  Save room for a Polacinta! There is a wonderful public transportation system that is easy to follow in Budapest that will take you everywhere.

answered by
Sta from Lille

You got to see the castles  like the Fisherman's Bastion and also you got the Széchenyi Thermal Bath which is also quite famous since you got 2 pools, a sauna and you can relax. Also in the night walking along the river would enable you to gaze at the so romantic lighting surrounding the castles and the shore.

answered by
Emily from Los Angeles

Hi Rachel - I traveled by myself to Budapest a few times and always felt very safe.  (Honestly, it is probably safer than the US.)

Meeting other travelers you can walk around with is also a great way to up your safety. One way you could do that is to take one of the many "free" tours. (They're free, but you are expected to tip, which is only fair.) Here is one option: http://www.triptobudapest.hu/ or http://www.freebudapesttours.hu/.  Some of the folks on the tours are likely to be alone (or have just met one another) too.  So it's a great way to find a pal for sightseeing or dinner!

So be smart, of course, but don't worry too much about traveling there alone.  It's a great city!

answered by
Ben from London

Great answers already! I would also recommend Rudas Baths as a personal favourite.

Also, other than the ruin bars (kert bars) like Szimpla Kert  and Instant you should visit all the grand cafes. 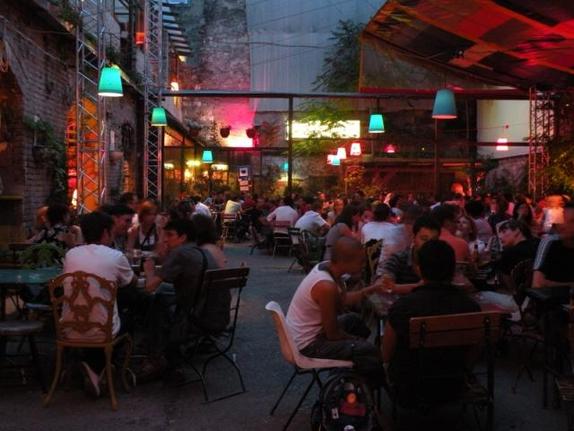 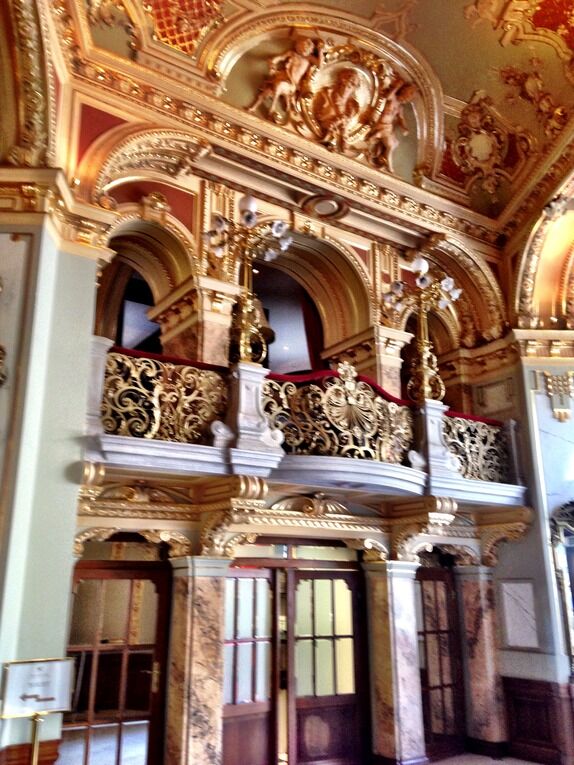