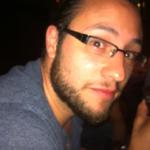 Going to Budapest this weekend, staying on the West side, central near the river. Any good recommendations for restaurants , bars and things to do? Thanks

answered by
Samantha from Walnut Creek

Edward
Hi. Thanks for all the great info!

Gabriella
Sorry, but a few corrections... 1. " and then the bills start at 500 and go up 10,000. " - actually the biggest note is 20.000 now. 2. " You don’t really need to tip. " - if you were satisfied with the service, by all means, DO tip. Around 10% of the price is normal. Also, if you liked the food, put your used napkin on your plate after you finished, to show your appreciation to the chef. 3. " Tickets: the transportation tickets are small orange rectangles." - or any other color, like white or purple. 4. " If you have to take one from the airport it should be about $25 dollars or so. (50,000 forint) around depending on traffic etc." - its 5,000, not 50,000!!! And negotiate the price BEFORE getting into the cab. If they want to rip you off still, offer to call the police. 5. "Otherwise there are pretty much bars on every corner (Hungarians like to drink) " - yeah, but in most "bars" you will find hardcore old working class alcos. I recommend you stay in the touristy areas for drinks.

Jacqueline
thank you for a great answer

answered first by
Gabriella from Netherlands

The most popular ruin pubs and places are on the Pest side (East of the river). Look for Király utca and generally that area (Jewish quarter). Szimpla Kert and Gozsdu Udvar are particularly popular amongst the international youth. The party boat A38 Hajó was voted the best nightclub (?) by Lonely Planet readers.

Don't worry if your accomodation seems to be far away from these places, public transport is frequent and runs until late.

There is plenty to see and do in Budapest and an infinite number of great places to eat! Most recently I had a very nice healthy home made breafast at Cserpes Tejivó near Deák Ferenc tér metro stop.

For things to do - it really depends on what you are into! I recommend trying one of the famous spas ( Széchenyi Thermal Bath in Városliget(city park), Gellért or Cserpes Tejivó). There is also a wealth of great museums. For nice views go up to the Gellérthegy or Budai Vár | Buda Castle. If you have time, you can take a boat trip on the Danube (boats run by BKV are integrated into the public transpost system with tickets for less than €3), or for something 'different' visit Memento Park Budapest or the Sziklakórház (Hospital in the Rock).

Edward
Hi. Thanks for all the great info!