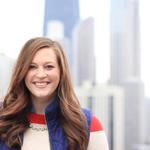 Best of Budapest and Krakow?

My husband and I are planning a trip to Budapest and Krakow in early September - what are some must-sees in these cities? How many days should we stay in each? Is transportation between the two cities relatively easy?

Krakow is an incredibly interesting city--really lively with the most amazing cafe scene and tons of great people watching!

I think two-to-three days is more than enough here, although it's so much fun you could easily stay longer.

First, if you need a hotel, try the Chopin Hotel Cracow. I stayed there for quite a while when I went and it was fantastic. Maybe on the more expensive side for Krakow but still very affordable.

One of my favorite places was the The Cloth Hall in the main square. Basically it's a super-old shopping mall. You can get all the usual souvenirs here (nesting dolls, amber, etc.) but I loved it for the architecture.

There are tons of outdoor cafes here but make sure you visit Restauracja Kawiarnia Jama Michalika. It literally feels like you're in an Alphonse Mucha painting. Amazing Art Nouveau architecture--it almost feels more like a museum than a cafe.

Usually I steer clear of tourist attractions, but the two I would see in Krakow are Memorial and Museum Auschwitz-Birkenau which is incredibly sad but very, very moving and the Wieliczka Salt Mine which is an old salt mine where they've built underground cathedrals out of the salt. You can only take a tour of it and it's fairly long if I'm remembering correctly but it's such an unusual place you can't miss it if you're going to be there.

Speaking of salt, you should probably try out one of the spas there--since the minerals in the area are so plentiful they have some amazing treatments. I think the one I went to was Grota Solno-Jodowa Galos.

I know this sounds funny, but you might want to pay a visit to the McDonald's Polska Sp. z o.o.. This was the first McDonald's allowed in the city after Communism broke down and it's highly significant historically to the people who live there.

Also make sure you see Planty Park which is lovely park that basically circles the city.

Finally, check out a store called Tatuum which carries some cheap but really good clothing. :)

I hope you realize you're talking about cities that are in different countries and at great distances! Travel is not "easy" between them, you'd have to take a flight or a long train ride.

As far as I'm concerned the "must-sees" in Budapest are (in no particular order, but in proximity to each other:

Try to do a Daube Cruise for an hour, leaves from the Inner Cityit's inexpensive and a great way to see the Buda and Pest sides of the city with the bridges (yes, Budapest is made up of two cities Buda and Pest divided by the Danube River)