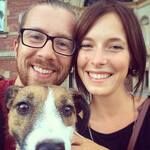 I'm going to Bryce Canyon in early October. I'm thinking of taking the Rim trail (from the Sunrise Point to Sunset point).

Does anyone of you know if the trails are safe in terms of venomous snakes/spiders or insects? Also do you know of any poisonous plants we should stay away from?

In case there is some danger, what should I use (sprays, creams?) to protect myself against it.

I'd appreciate any recommendations!

There is the Great Basin Rattle snake that is in the park. Because the park is high in elevation and cool there are not to many rattle snakes in Bryce Canyon National Park. Most rattle snakes are found during the summer months. October is cool to cold because of the high elevation of Bryce Canyon. Sightings are most often reported from the Under-the-Rim Trail, Riggs Springs Loop, and the Fairyland Loop. The rattle snakes are not aggressive and only attack if they feel threatened. I have hiked many of the trails through Bryce Canyon in the Summer and I have not ever seen a snake. Here is some more info http://www.nps.gov/brca/learn/nature/reptiles.htm

Don't feed the squirrels they do carry some diseases at times.

There are not many mosquitoes in the park. In October I would be surprised if you saw any. I don't remember seeing many spiders and that time of year there probably aren't many out because of the cooler temperatures. I don't think there are any poisonous spiders at Bryce Canyon.

You may want to bring some sunscreen. Even with the cool temperatures that time of year because of the high elevation you can still get sunburned.

I don't think that there are any poisonous plants at Bryce Canyon.

Bryce Canyon is awesome. It is my favorite of the national parks. Bryce Canyon does have dark skies. If you are there after dark on Tuesdays and Saturdays in October they do an astronomy program with telescopes. I think you will love it.