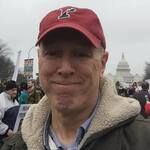 We're going to spend a night in Brussels while traveling from Amsterdam to Paris via the train.  Which train station would be best suited for seeing the attractions and being close to good restaurants and hotels?

If you can, just stop at Bruxelles Central, a few hotels nearby, just a few hundred metres from Grand Place and the main attractions. There are Hilton, Novotel and Ibis, but I would suggest trying Hotel Amigo or Hôtel des Galeries. Try a beer Moeder Lambic or Délirium Café and enjoy belgian food at Taverne du Passage or Bozar Brasserie. Don't eat in the tourist traps in the Rue des Bouchers!

Jim
Thank you, I'll look further into your suggestions....good to know!

Brussels-South Railway Station is a bit nearer the historical centre than Bru.-Noord / Brux.-Nord...but Brussels has an excellent Metro system anyway.

Note that the area round both stations is much the same as similar areas around large railway stations throughout Europe and elsewhere. Not in any way actively dangerous but, inevitably, with a full share of 'interesting' characters, pickpockets, petty thieves and so on.

Unless you specifically want to stay near either station I suggest you find a hotel within the historical centre (more places to eat and more hotel choice as well as 'attractions'). Just use the Metro to get there.

Look at www.booking.com which has very extensive listings, excellent and accurate hotel mapping and...most importantly imo..reviews which can only be posted by people who have booked through the site and completed their stay.

Jim
Thank you. Is South Railway Station and Midi one and the same?

Mary
Yes. Bruxelles Midi's designated name is Bruxelles (or Brussel) Midi/Zuid (midi and zuid = south), to account for Belgium's two official languages. It houses the Eurostar terminal as well as being served by Thalys , TGV and numerous other trains...plus the Brussels Metro, of course. :-) https://en.wikipedia.org/wiki/Brussels-South_railway_station ·