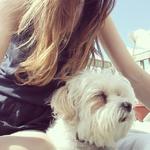 What are your favorite restaurants in Brooklyn?

I'm going to be spending a few days in NYC and staying in the Brooklyn area. I've been to NYC before but this is my first time into Brooklyn. Where would you recommend someone visiting for the first time to eat? Where would you bring your friends? I'm not a picky eater and will eat (almost) anything. Thanks!

top answer by
Regan from Brooklyn

Oh man, Brooklyn is a food mecca more so than Manhattan.  There are two major parts to Brooklyn--north (Williamsburg, Bushwick and Greenpoint) and south (Park Slope, Prospect Heights, Fort Greene, Cobble Hill, Boerum Hill).  South is "Brownstone Brooklyn" with tree-lined streets and old 19th century brownstones and it has a more laid back vibe.  Williamsburg and Greenpoint used to be ground zero for hipsters and now they've been pretty much taken over by the Wall St. set.  So, they're different vibes to the different parts and they're nowhere near each other, so if you go to one area, you'll be there for the night.

Phew! Now that we've got that out of the way...I live in Park Slope, so I'm way more familiar with South BK restaurants.  Some of my BK faves:

That's only a slice.  Another outing option would be to take the ferry to DUMBO for the Dumbo Smorgasburg, kind of like Borough Market in London (http://brooklynflea.com/markets/smorgasburg-dumbo/) for lunch (a GIANT flea market of ALL food), walk around Dumbo and Brooklyn Heights then cab it down to Red Hook or Cobble Hill for dinner and subway it back.  Have fun!!!!!  I ate my way through London last year.

answered by
Elizabeth from Brooklyn

AlMar on Front Street in Dumbo,

answered by
Claire from Brooklyn

answered by
Krissy from Long Beach

al di la Trattoria in Park Slope. It's been a year since I visited (by myself, even!) and I still think about that meal. Beet and ricotta ravioli and a side of earthy greens. I'm sure the menu has changed with the season, but I'd go back in a heartbeat.