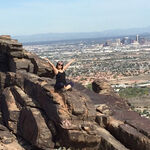 What's the best transportation from NYC to Boston?

We have 3 adults and one 2 yrs old tod, should we take train? Bus? Rent a car? We want to get there faster but not cost a fortune! Thx in advance!

Depending on how soon you're planning on traveling, you have many options.

Your least expensive option is to take a bus.  There are several companies that leave New York, all from various locations.  The majority of them arrive at Boston's South Station.  This is convenient, as it is a major transportation hub, in the center of the city, with access to both the subway and taxis.  Amongst the companies are,

I've taken several of these bus lines on a regular basis.  Most of them publish the duration of the trip to be between 4:10 and 4:30.  It's my experience that you should consider 4:30 the minimum time required; unless you're traveling at an extremely odd time.  This will only increase if there is heavy traffic, accidents or inclement weather.

The other thin to keep in mind is that these busses can be far from pleasant.  The seats may be cramped and the ride bumpy.  Since I was usually traveling alone, I chose to focus my attention on economy rather than comfort, and that's exactly what I received.

A step up from regular bus service is the LimoLiner. This is bus service, but it boasts reclining leather seats, meals, wifi service and attendants.  Their biggest selling point is the claim of room to stretch-out.  It sounds nice, but I have no first hand experience with them.  In addition, it is still a bus!  It travels the same roads as a bus, and is therefore subject to the same delays.  Limoliner runs 4 busses on a given day, with fares around $99.

You mentioned taking the train.  This is a popular option for many.  Amtrak runs trains between New York's Penn (Pennsylvania) Station and Boston's South Station.  They run about 10 train a day.  I've taken the train many time.  In truth, I love train travel.  The ride is smoother, and the entire experienced more relaxed.  However, there are two issues with train travel.  The first, there is a great disparity in the fares.  They have what are called saver fares, some as low as $59.  Yet other fares, especially those in business and first class, can climb over $200.  The lower fares tend to sell out quickly, so it's important to reserve your seats as early as possible.  In addition, there's guarantee that the train will be any faster than a bus.  Amtrak is well known for delays, specially in their northeast lines.  They may have a number of high speed trains, but the tracks they run on are seriously out of date, and share the right of way with commuter and freight lines.

Driving is also an option.  You can rent an economy or midsize car for a one day, one way trip for under $70.  This will get you there as quickly as a bus or train, or ant any pace you decide to choose.  There are several routes you can take to get there.  Some are longer and tranquil, while others are quick and aggravating. One suggestion I have is, once you get to Boston, turn in that car.  The last thing you want if you're going to spend time in Boston is a car. I've written about this in response to other questions.  If you'd like see what I have to say on the subject, take a look at,

Something you haven't considered if flying.  For between $75 & $100, you can book a flight to Boston from one of New York's airports.  Although getting to New York's airports can be tricky using public transportation, Boston's Logan Airport has a free shuttle service that brings you right to the subway.  When you consider that the flight itself only lasts 1:25, it's not an unattractive option.

Bus is definitely the cheapest/fastest. There are lots of direct buses from NYC to Boston.

answered by
Jeff from Boston

Acela nonstop is the way to go.

The train is by far the best travel with a child. As you can walk with the child between naps. Get seats facing each other or biz class