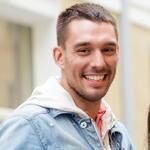 What are 5 things Boston is known for?

Spending a few weeks in Boston and I want to know what the best things the city is known for? Food, events, restaurants?

answered by
Anna from Athens

Food...oh the food!! Boston is known for its seafood and my favorite restaurant has to be Legal Sea Foods in Long Wharf! Foodwise the North End is full of italian restaurants!

You can't miss the Freedom Trail which is also a very nice way to see the city Center! Of course a visit at Harvard University is also in order!!

Here are some posts I've written about Boston:

answered by
Daniel from Boston

1.) History - it's everywhere. You can't really avoid the Freedom Trail and stumbling on neighborhoods that are hundreds of years old. Beacon Hill is one of these neighborhoods, as is the North End (Italian neighborhood). It's worth taking a day trip to Salem, too, for even more unique history. You can take a train there very easily.

2.) Sports - Red Sox at Fenway Park. Bruins and Celtics at TD Garden. But you can watch the game at just about any bar in the entire city.

3.) Food - Boston is known for seafood (lobster rolls, clam chowder). A popular thing for tourists is to go to Faneuil Hall and get a bread bowl of clam chowder. Legal Sea Foods (with a few locations around the city) is probably the best-known seafood restaurant in the city. Pizza is great here, too. There's the original Regina Pizzeria in the North End, but my favorite is Ernesto's Pizza, also in the North End, for takeout mostly. I also love OTTO near Harvard or in Brookline.

4.) Beer - Boston is a beer drinking city and it's everywhere. Local beers are Samuel Adams and Harpoon Brewery & Beer Hall, both of which have brewery tours and tastings. I prefer Harpoon because they also have a German-style beer hall. And it's in a new neighborhood called Fort Point (or the Seaport) which has a lot of cool, trendy restaurants/bars to check out.

5.) Education - there's a statistic that one in five Boston residents is a student. Most visitors check out Harvard and MIT, which are both in Cambridge in cool neighborhoods and easily accessible by the T.

Last, be sure to enjoy the beautiful Back Bay area. Newbury St has wonderful shopping, and is close to the The Shops at the Prudential Center . Going to the top of the Pru is pretty touristy, but the views are awesome. Additionally, taking a duck tour is always a good idea! I lived in the Boston area until I was 21 and never did it, but loved it as a local (and learned so much). Great fun!

answered by
Nars from Boston

History and food. Some ideas in no particular order:

1) Freedom Trail on a Segway

7) Sailing on the Charles River