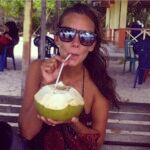 Fun things to do when it's cold out?

I'm going to be in Boston this winter and curious to know what people do for fun when it's freezing outside? Thanks!

I’m glad to hear you’ll be visiting my favorite place.  I lived there twenty years, and miss it terribly.  Before I recommend places and activities, I’d like to give you a bit of advice.  Sure, it gets cold there in the winter, but that’s not the real problem.  The true issue is the wind.  The next town east of Boston is the Atlantic Ocean.  When the wind come whipping off there it can feel like it’s cutting right through you.  In fact, the average wind speed is greater than Chicago's (take that, windy city!)  So wear clothes that block the wind.  Also, don’t make the mistake of wearing one heavy, super outer garment.  You’d be much better served dressing in multiple, thinner layers.  You’ll be able to take off, or add layers as needed.  And for the love of Pete, wear a hat!!

Rocio’s suggestions are good, but kind of touristy.  They’re not the places locals go; unless they're bringing out of town visitors.  Anna’s suggestions are fine, too. There are many fine museums in Boston.  However, I’d like to suggest some places and things that will mix being inside, with being outdoors.

Take a walk through the Boston Common and Public Garden.  There are paves walking paths as well as an outdoor skating rink (Take that, Rockefeller Center!).  A stroll through Harvard University is enjoyable (yeah, I know!  Havahd Yahd).  Many of the buildings date back to the early 19th century.  In the library there are a series of dioramas showing the development of the Harvard Square area over the centuries.  Also, there are many cafes and such to duck into, and out of the cold.

The Boston Public Library is one of the country’s oldest, and quite impressive.  The old building is three floors of impressive architecture, memorials, wall murals, galleries, and artifacts from America’s early history.  Best of all, it’s free!

Across the street from the library is the Trinity Episcopal Church.  Built in the early 1870s, is a beautiful neo-gothic building.

Nearby, Newbury St is a mecca for high end shopping, and trendy cafes.  I never go there, but hey, that’s just me!

The Christian Science Church has a huge reflective pool outside.  I’m not sure if it will be filled in the winter, though.   However, you will be able to see where, rather than tearing down the original stone church, they simply built the new one around it. Inside is an exhibit called the Mapparium.  Essentially, It’s walk through globe who’s bronze framework holds brightly colored glass panels showing the territorial boarders of 1935.  It’s fun to see how many countries you can identify that no longer exist!

In the Jamaica Plain section you’ll find Doyle's Cafe.  More than a restaurant or bar, this institution opened in 1882, and never closed its door during prohibition.  It’s not fine dining; more like pub grub; but the tap and single malt selection make it outstanding.  In addition, the three rooms are each decorated in different themes; Boston city history, Irish history, and the World War 2 Homefront.

Finally, any time of year, the downtown area is always good for a pub crawl.  It’s Boston thing to do!  Start near the Blackstone Block (Union Street).  Not only are some of the oldest buildings in the city there, but some fine, old pubs too.  I can personally recommend The Union Oyster House, The Purple Shamrock, The Bell In Hand Tavern, The Green Dragon Pub (a survivor from revolutionary times), and The The Black Rose.

Many people want to see Cheers Boston.  It isn’t bad, but, c’mon, really!  I’d rather go to Mr. Dooley's Boston for a more genuine experience.

Whatever you do, get out there and enjoy it!

Be sure to visit any Dunkin Donuts (Dunkin, as us locals call it) we have one on every block in the state! Their hot chocolate is the best. As well as their many other hot drinks you can choose from. Grab some and just enjoy the scenery, hopefully we'll get some pretty snow when you're here. I just hope not too much since we broke records last year! Enjoy your stay.

A good Winter coat, gloves, boots And Boston Is yours The night Is also great, And you have a good Opera schedule

answered by
Anna from Athens

You can check out the Museum of Fine Arts , the Isabella Stewart Gardner Museum or the Harvard Art Museums. shopping wise the Cambridgeside Place and The Shops at the Prudential Center are nice to visit. I have a written a guide to Boston as I've spent a year there http://aspectsofstyle.com/2015/09/04/guide-boston/ (as well as a foodie guide http://aspectsofstyle.com/2015/07/24/foodie-guide-boston/

Not sure if you will agree with me but I always recommend to visit Faneuil Hall Marketplace and Quincy Market and have a delicious and hot clam chowder (plus the famous fish & chips). Best in the city!! 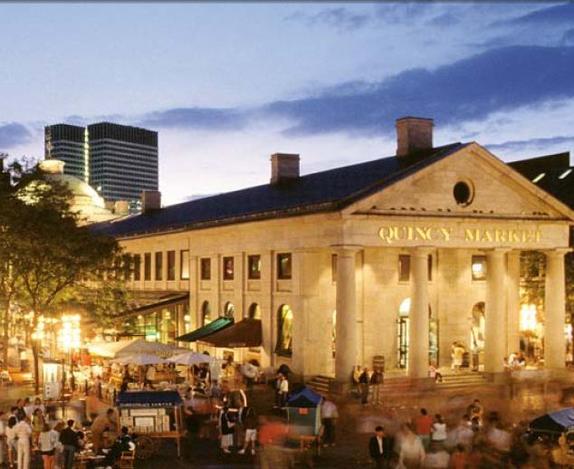 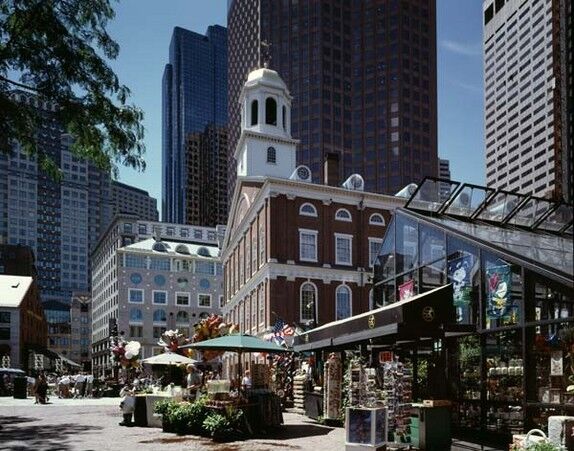