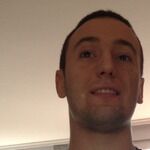 Road trip from Italy to Bosnia & Croatia. Any Suggestion? Places to visit?

I want to travel to Bosnia and Croatia. I'll start from Italy by car! Any suggestions on routes to take and places to visit on the way?

top answer by
Sarah from Seattle

I'm not sure when you asked this question--hopefully I'm not too late to give you some tips on your trip. My husband and I spent a few days in Mostar during a trip to Slovenia, Croatia, and Bosnia a couple of years ago and I think it may have been our favorite part of our vacation (topped only perhaps by Ljubljana and  Split). Mostar was fascinating--wandering around the city really gives you a sense of the civil war that destroyed the city so recently. The government hasn't spent nearly as much money repairing Mostar as they have Sarajevo, so there are still a lot of bombed out buildings mixed in with beautiful mosques, new buildings, and ancient cobblestone streets. We had a huge advantage in that we were visiting a friend and local while there and she acted as our tour guide for a day, but even without her I think we would have loved it. Everyone we met was friendly and approachable, we ate some fantastic food, and we learned a lot about the (complicated) culture and history of the region from random people we met.

answered by
Toni from Croatia

Here's an Adriatic Road Trip map you can browse: https://mapsengine.google.com/map/edit?mid=z__IpAAPCxSE.kT5t1h2_B1_8. I've only added places that I highly recommend.

I plan to significantly update it by end of this year.