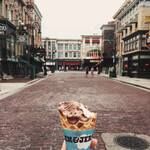 Hi, i´m travelling to Boone for the first time in January and I was wondering what is the best airport to fly in? I know Tri Cities airport is the closest but I've heard is not a good idea to drive from Tri Cities to Boone because of the mountains and the weather. The curves can be dangerous. Is it really that bad? Should I fly to Greensboro or Charlotte instead,even tho is a longer distance?

answered by
Rachael from Bel Air

Since Boone (North Carolina) is in the mountains, it doesn't matter where you fly into, if it is winter, you will be driving through mountains and curves in the snow.

Concord Regional Airportis currently the cheapest I have found, I travel from Miami  to North Carolina often and drive into Boone (North Carolina).  The drive is not bad at all since it is on main highways.  The drive from Asheville into Boone is beautiful, the curves can be scary!  At first I couldn't do it but now I drive and I am not intimidated at all.  I have seen very few accident, in fact none on these roads.  Make sure you are not driving at night, mid-day is perfect and it is worth the little scare here and there...........it will be a part of your trip you will want to re-tell to others, I promise you will not be disappointed.

The best airport to fly into is probably Asheville Regional Airport (about 90 minutes away from Boone (North Carolina)).  There are flights from Charlotte, Washington DC, Newark and Atlanta, the drive to Boone passes through some beautiful mountain country, and Asheville is a nice small city to visit in its own right.  It will be cheaper to fly into Piedmont Triad International Airport, which is larger and about 2 hours away, and cheaper still to fly into Charlotte International Airport, also about 2 hours away, which is a fortress hub for American Airlines and served by several discount carriers such as Southwest and Frontier.

I haven't flown into Tri-Cities Airport but it looks to be the closest geographically.  However, it has the fewest number of flights, which means it'll be the most expensive.

As for driving through the Appalachians, the back roads can be rather curvy but they're well-maintained and traffic is usually light.  If you're not accustomed to driving on curvy roads or in snow, you might want to stick to flying into Piedmont Triad or Charlotte and driving to Boone on the interstate.