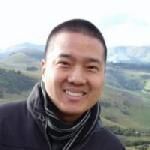 island transport and things to do for kids

I'm going to Bermuda on a cruise with family, so we'll have 2 days on the island. We have 8 people, including toddlers and grandparents. I have a few questions:

1) I heard the buses are not as reliable lately, but it looks like I can pay a minibus to drive our whole group. Can I ask them to drive us to the Bermuda Aquarium, Museum and Zoo (BAMZ), or are they on fixed routes to the beach?

3) Has anyone taken the train trolley? I thought it might be fun for the kids, but it looks like there are multiple options. There seems to be a free hop on/hop off white train in the Royal Naval Dockyard where the cruise ship docks. But then there is red train that seems to offer tours.

Thanks for your help!

1) The buses and ferries are good and you might want to take a ferry ride just for the fun of it, but each person has to pay.  So it will be cheaper to hire a blue flag guide (they are not on a fixed route) which are $50/hour for the group (plus tip) to take you where you want to go.  I think there are some that can take 8 people - the usual number is 6.  Look on cruise critic - there's a Bermuda guide question.  They would usually require about a four hour trip but it works out to be cheaper than a regular taxi which would charge for waiting.

The Bermuda Aquarium, Museum and Zoo is in Flatts Village and there are several buses that you can take to get there - I do think the kids would enjoy it.   I don't know how you could work that into hiring a guide.

2)  I do not know anything about the beaches as we do not do beaches and I've only been to Bermuda once in the summer and that was in 1963.  I think there is a little beach next to Fort St Catherine and Museum which looks nice although I don't think it has any facilities- it is just around the corner from Tobacco Bay Beach Bar & Restaurant,

3) I have seen the white trolley but have not taken it.

Activities for children - the toddlers will probably be happy wherever they are as long as they get food when they are hungry and can nap when appropriate.  They might enjoy the trolley.  They might also enjoy the National Museum of Bermuda in the Dockyard (there were goats and ducks when I was there last) if you can avoid the dolphin swim area which I found sickening.  They might also like the main square in St.George's- there are horse carriage rides (also in the Dockyard and Hamilton) and stocks and I think a ducking stool.  And you  could go to Ft St Catherine itself (there is a shuttle bus out there if you don't go with a guide), or tour the Deliverance which is also in St. George.

John
You mentioned the Deliverance, which I hadn't even heard about, so we'll add that to our list. Thanks!

RosalieAnn
There is, or was a Carriage Museum in St. George - it may be a restaurant now. Also there was a free multi-media show about the original shipwreck which Shakespeare wrote the Tempest about (and put it in the Med) in the Town Hall.

John
Looks great, thanks for the link. I see a picture of the white train from your 2013 trip. I think we'll try to see the ducking stool re-enactment in St. George's.

RosalieAnn
I haven't finished attaching all the photos to the Bermuda narratives yet, but something is better than nothing I guess :)