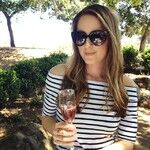 Work Trip to Berlin- must sees while I'm there?

I'm heading to Berlin for work in early November. I'll have limited time to explore. When I do have some free time, is there any must sees or do? The majority of my free will be in the evening.

answered by
Lorenz from Berlin

Hi Jaqueline, to me Berlin is mostly about its alternative culture and the history of the city, so any activity that explores these concepts are cool.

So you should make sure to visit some of the famous clubs if you have the chance, thats really something Berlin stands for. So the clubs "Kater Blau","Berghain","Birgit & Bier" or "Watergate" are something you should check out.

I also liked the two-hour-city tour through Berlin with the old eastern-german "Trabi" cars. its fun since you drive and you get some sightseeing done as well. Thats also a nice activitiy if the weather is bad, but maybe not so much fun at nights.

If the weather is really nice you should bike around the city. Perfect place for biking since roads are huge and there are bike paths almost everywhere. Even at night its cool to bike around the city to get a good feeling for the place as long as its not freezing.

For beers I would recommend Weserstraße in Neukölln, the street has tons of cool small bars, nothing fancy, but very much in the Berlin vibe. a bit more upscale is the area around Rosenthaler Platz, which is THE epicentre for most peoples night life. Personally would not recommend going to Friedrichshain/Warschauer Straße, extremely busy with tourists and there are only cheap bars mostly. Also steer clear off the Checkpoint Charlie or TV Tower, thats nothing you need to see.

Personally in general I think the eastern part is much more interesting, since more stuff is happening in areas Mitte, Kreuzberg, Neukölln.

Jacqueline
Wow! Thank you so much for all the insight! I'm looking forward to my trip

Museum Island-most stay open till 6pm and 8pm on Thursdays. Berliner Dom also there.Can do a Berlin by Night bike tour-takes about 3 hours.You can walk around to see a lot-Brandenburg Gate,Reichstag just behind Brandenburg Gate-if you have free day time-a free city walking tour leaves from the Starbucks near the gate around 10.30am every day-factor in 3-4 hours. Berlin wall,the Holocaust memorial, East Side Gallery-a section of Berlin wall covered in artwork. If you meet at U Bahn station at 9pm, there is a free bar crawl tour. In Friedrichstrasse a good music/bookstore-Dussman usually open till 11.30pm-has English books and incredible range of music. Hackescher Hof-coffee shops, good graffiti, little boutiques, interesting museum. Tiergarten Park. Plenty of little restaurants, cafes beside river Spree-can do a boat ride at night along it. You'll find plenty to do.

answered first by
Christoph from Berlin

You should visit the Klunkerkranich a rooftop bar in the middle of Berlin.
Also the Berlin Victory Column is worth a visit. You have an awesome view over the city, especially at sundown.

My favourite cafe in the middle of Berlin, only three minutes from the Friedrichstraße Station is the Kaffeehaus Zimt & Zucker. You can sit next to the Spree and enjoy a coffee, tea or something to eat.
In November you should sit in the homey inside.

If you understand German, you should attend a poetry slam, there are so many good slams in Berlin!