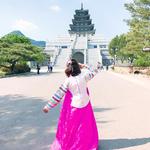 Any recommendations for day trip for Berlin?  I'm looking for somewhere to visit around Denmark or Poland.  I'm gonna spend sometime in Berlin so I'll be definitely moving around the area doing day trips.

But as for Denmark and Poland, not sure which cities to visit that not to far to drive.  And by far is something over 4 hours.

The Danish border is at least 4 hours away from Berlin, and anything worth seeing in Poland is more than 4 hours away as well, so it looks like your day trips will likely be within Germany.  Prague is within  your 4 hour range, but you'd need plenty more than a day to do it justice.  I'd recommend Dresden as a good day trip, and it's well connected with Berlin by rail so there's no need to drive.  It's got a great city centre, painstakingly restored after the Allies bombed the feces out of it during WW2.  Gorlitz is a quaint, mediaeval town on the Polish border that's about 4 hours from Berlin, and it's much less tacky and touristy than Rothenburg.

answered by
Peter from Vienna

Prague or Hamburg seems to be the better option for you. Denmark and Poland is only worth a visit if you planning to stay there a little bit longer. If you do so, I recommend you visit Copenhagen, it is a beautiful (but cold) city.

I'd second Hamburg as a great day trip from Berlin.  We visit quite often because we have family there, and were most recently there 10 days ago, when we took the opportunity to visit the jaw dropping new Elbe Philharmonic Hall.  Even though it's not Denmark, Hamburg has a bright, breezy Baltic feel, and you can explore using the 9 hour travel card that costs 6.20 euros and will allow you to use all public transport, including the harbour ferries (much more flexible and cheaper than taking a harbour tour).  We wandered around the very chic redeveloped warehouse area of the Speicherstadt, then cruised from the opera house to the Fischmarkt and then on to Finkenwerder.

Potsdamdefinitely worth a day trip-less than 1 hour from Berlin by train-the palaces, Schloss Cecilienhof, Dutch quarter, Bridge of Spies-plenty to see. Dresden about 2 hours great for a day trip as is Leipzig about 1 1/2 hours by train-easy to get round on foot. Hamburg less than 2 hours by train-a harbour cruise there is fun. If you want to get out of Germany, Zgorzelec in Poland is about 2 1/2 hours by train and a lovely place-the Grand Budapest Hotel was filmed there by the way.

answered first by
Jeremy from Berlin

You can't really get to Denmark in under 4 hours. And it's so cheap to fly to Billund and Copenhagen that you probably wouldn't want to drive anyways.

On the other hand, you can get deep into Poland in 4 hours so that's what I would do. The only place I've seen is Szczecin. It's pretty. However, if you're willing to drive further than the 1.5 hours to Szczecin, I might try a city further into Poland. Szczecin is a German city that became Polish only since post-WW2 negotiations moved the German border.

But check your car rental terms. Some places don't allow you to drive their cars into Poland or the Czech Republic.