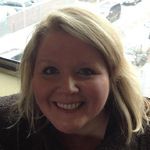 Bus from Belize City to Cancún

Has anyone traveled by bus from Belize City to Cancún? What was your experience like?

I took the trip once and it was fine.

It required a change of bus in Chetumal just across the mexican border but that was very easy and straight forward.

The bus was fine and comfortable.

Personally I actually had one of the most fun bus rides in my life, but that had not so much to do with the quality of the bus so I better not start rambling about that, but the bus quality was actually quite ok and something I would happily do again.

Mary Beth
Thanks! That helps a lot.

We like going to Caye Caulker, and I imagine that is your real destination, since Belize City is only a place to catch a bus, a ferry, or a plane, not someplace you want to spend the night. Cancun generally has more flights at better prices than Belize City and the Belize airport has a steep toll for taxis that tacks on enough that it may be cheaper and faster to fly to Caye Caulker from there than take a taxi to the ferry and skim over, if you fly into BC.  Here's what we did one year that worked pretty well:  Flew into Cancun, took the bus right from the airport south to Playa del Carmen, to  change buses, and on to Chetumal and spent the night there.  In the morning we took a taxi through customs and on to the dock at Corozal by 7:00 to meet a fast boat ferry to San Pedro.  An hour after arrival in Ambergris we took the ferry to Caye Caulker and were there before noon.  I'm sure the return can be done in reverse.  The time we took the bus from Belize City north, I believe it took about 6 hours to reach Corozal, then we had to taxi to Chetumal.  Chetumal has two bus stations, one for local buses and one for long distance, so you have to taxi between them if you have bags.  The water taxi company was called Thunderbolt and it looks like they are also serving Chetumal from the customs dock now, too. I think it was a few more dollars than the bus, but it was faster and more fun.