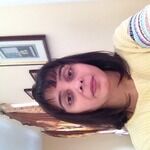 What is the best way to travel to Bath, Stonehedge & Windsor castle.

The 'best' way is always down to personal preference.

Tours which whizz through Bath, Stonehenge and Windsor in just one day obviously cannot allow much time to explore those places. It is better to plan for two daytrips: one to Stonehenge & Bath and another to Windsor.

If you don't want to take an organised tour (and there are lots available) it's better to take public transport than to drive because a) UK roads are heavily congested, especially in and around London b) parking can be and very often is both difficult and expensive, especially in visitor-popular places, c) you will pay a congestion charge for driving in central London and d) fuel is very expensive (around 1.12GBP per litre..two pints...at the moment).

Don't be misled by maps: driving anywhere in the UK always takes much longer than one expects. Public transport is safe and used by everyone, not just those who are too poor to own a car!

So, if you decide not to take a tour:

a) Train from London to Salisbury (England)

Journey time is from 1h 22m and the train is direct (i.e. you don't have to change trains).

All train times, details and fares on the official UK railway website:

b) Get the hop-on bus from outside Salisbury railway station. It will take you to Stonehenge as well as allow you to visit the fantastic Medieval cathedral in Salisbury (do try to visit) and, if you wish, Old Sarum, the original site of Salisbury.

d) On your return to Salisbury take the train onward to Bath (the station is listed as 'Bath Spa') Journey time is from just under an hour and there are plenty of services. Bath railway station is within easy walking distance of the town's main sites & sights.

e) Then take the train from Bath Spa back to London.

Just take the train from London Paddington station to Windsor & Eton Central. Journey time is from 27 minutes. The station is an easy walk from Windsor's centre and the castle. Buy an Anytime or Off-Peak day return ticket (i.e. a ticket that covers both journeys). It's cheaper than buying two separate tickets.

All train times, details and fares on the National Rail site linked above.

Poonam
You are a treasure trove of information. Thanks so much. Will look into the train transportation as listed.

Mary
You're more than welcome. Do feel free to ask more questions if the need arises. :-)