MY family and I are stopping in Barcelona for two days and we want to make the most out of our trip! What are some kid-friendly low budget things that we should do/see?

answered first by
Lee from Florida

If you've never before visited Barcelona -- it's easy to spend two days just on and near the famous LaRambla. Walk from the port all the way along to LaBoqueria on St. Joseph, then to LaSagrada Familia. Take detours along the way, walk off the main street whenever you see a sign  - or see on your walking map - something that looks interesting. Old World churches, Gaudi house, small venue entertainment. Evening concerts in old churches are good for night time interest.

I recommend going without an agenda other than one or two places you really want to experience, such as LaSagrada, where you must go inside for the tour in order to experience how unique this place is. Disclaimer: my DH loves this place, but I've always thought of it as an interesting multi-century tourist trap.

Let those two days flow, don't rush from point to point. Maybe take a hop-on-hop-off for part of a day, but make LaRambla's feast of interesting places and people the focus. Next trip, dig in and spread out more.

You should definitely visit Sagrada Famíliaand/or Casa Batlló and/or La Pedrera for kids, they might enjoy outdoors like Parc Güell

Also in a low budget and kinda cool, you can go to Plaza de Españago up Montjuïctake the ropeway Telefèric de Montjuïc - Castelland check the Montjuïc Castleand the views from there.

That's plenty to see for 2 days!

Sagrada Família is the number one thing to see. Make reservations and get an entry time to walk right in or you may have to wait hours. Be sure to go downstairs and visit the displays of how it was built. You mentioned kid friendly. There is a very nice aquarium on the waterfront. Otherwise, everyone's suggestions are great. Then walk around and look. Or tAke the blue or red circle bus tour of the city. They are double deck buses so sit up top. Get all day tickets and you can get on and off at will. 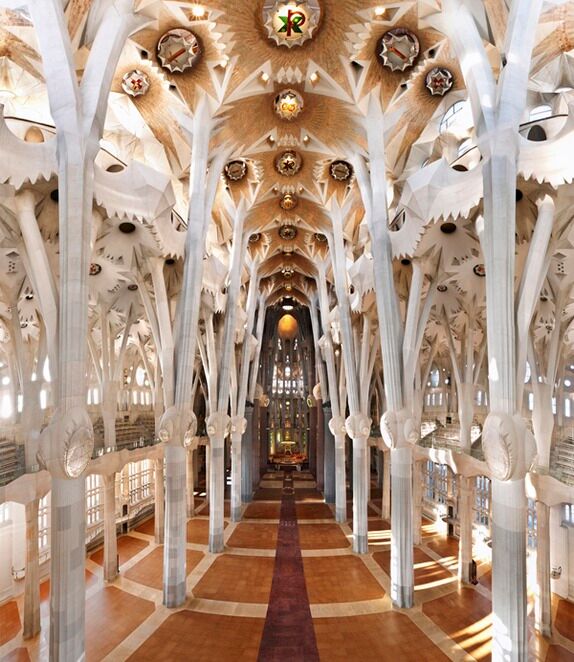 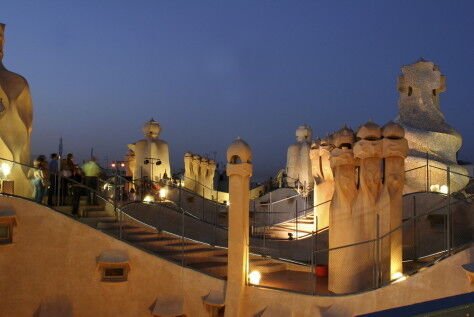 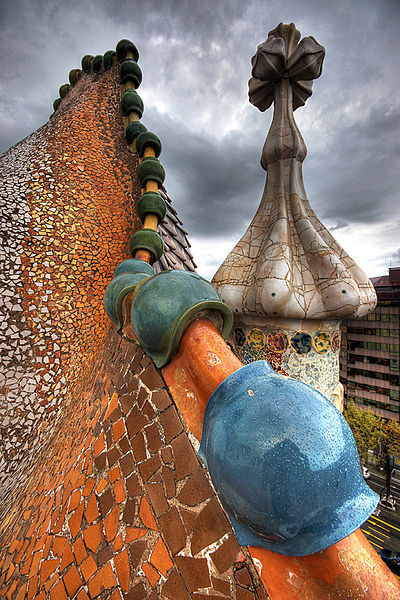 answered by
Bruce from Sydney, Australia

A cheap kid-friendly idea is to go to the maze. Parc del Laberint d'Horta . It is a short train ride from Barcelona.

Güell Palace. Beautiful, spacious, was meant to be a living area of the rich. Great views and architecture.

It's me, again!  I guess I should have though about combining these into one answer.  Oh well!

Barcelona is a great city. The best thing is, you can pack a lot in a short time, and for little money too. I'm sure you'll have a ball there. Barcelona is a very walkable city, with an extensive public transit system.

Everybody will recommend the El Barri Gòtic. It's very nice, but it's also a hot spot for pickpockets. It's safe in terms of violent crime. However, petty theft can be a problem. Please don't let that deter you; just beware!

I would like to echo Lee W.'s suggestion to take a stroll down the La Rambla. It's pedestrian free and gives you a good feel for the city. While there, pop into the Mercat Boqueria. Even if you're not buying anything, it's quite a sight, and a great spot to have a bite.

If you would like to see the city from above you'll like the Port Vell Aerial Tramway. It travels over the port of Barcelona, giving you a spectacular view of the city.

Another nice stroll is through the Parc Güell. Designed by Antonio Gaudi, and full of his architecture, it's like walking through a Dr. Suess book.

The Montjuic Cable Car runs up to the Montjuïc Castle. The Jardí de Petra Kelly and the Estadi Olímpic de Montjuïc Lluís Companysare nearby

The Museu Maritim is fun. It's got some great exhibits.

While you're there, consider hitting one of Barcelona's beaches. I'm not much of a beach person, but even I enjoyed them. In fact, Barcelona was recently named the number one beach city in the world by National Geographic magazine. Some of the beaches there are man-made. Sand was bought in to expand the existing beaches for crowds attending the summer Olympics.

Although there are many fine restaurant in Barcelona, I say skip 'em.  Instead, head out for a tapas crawl, starting in the Gothic Quarter.

Finally, I just want to say I agree with Lee's DH; I think Sagrada Família rather enjoyable.  Considering it took many medieval cathedrals hundreds of years to be completed, it's a nice reminder that even in our own times, money, or lack of it, can bring great project to a halt.  Plus it looks so damn cool!

answered by
Charly from Barcelona, Spain

2 days is a bit short for Barcelona but you can always come back ;)

For sure you should go to:

Sagrada Familia: the main attraction of Barcelona, it's a must, but you have to book online (this way you avoid annoying queues, specially with kids)

Park Güell: Gaudí marvels in a Park, perfect for kids

Then I would spend the rest of the time in old town: Gótico, Raval and Born neighborhoods.

If you need more help, I'm a Barcelona local expert (there are several others than me too) that deliver customized daily plans, adapted to preferences and budgets, for Barcelona in a personalized guide.

Have fun in Barcelona! You'll love it!