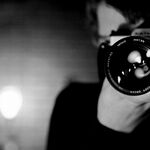 What's the best way to get from BKK to Bangkok proper?

My friends and I are getting into BKK at around midnight local time and were wondering what the best way to get into Bangkok proper would be from there.  Will the train stations even be opened at that time?

If it was any other time of the day, I would suggest the train because of the horrendous traffic in Bangkok, but since you're arriving at midnight, I say cab it.

My suggestion would be that instead of approaching one of the cabs that are waiting in line to pick up customers at the airport (who tend to try to charge more), wave one down that's driving around.  The cabbie might try to offer you a flat rate, but just tell him to use the meter and give him cash each time you hit a toll plaza.  As of 2012, it should come out to less than 300 baht.  The flat rate that they try to pass off as a bargain is always significantly higher than if you go the meter and bridge toll route.  They'll try to charge you something like 400 or 500 baht.  I've traveled extensively through Asia, so trust me on that one!

Courtney
This is really good to know--I'm helping a friend plan a business trip to Bangkok so this is really useful.
comments (1)
likes (3) thanks

answered by
Ric from San Diego

If you're staying at a hotel the best bet is to have them pick you up. Otherwise, the next best thing is a taxi (ensure they use the meter), have the address in thai with a map to show the driver (he most likely won't speak English). Most hotels will email you the address with a map.