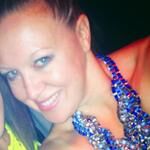 I have about a week to get from Banff to New York City. Where are good places to stop and see along the way and which route is best to head along?

top answer by
Michael from Manhattan
Good gosh Danielle! Two great questions: What to see and Which way to go. Since it sounds like this will be more of a road-trip than a destination journey, I'll start the forum with a prime-choice suggestion on route, and let others, or your own wanderlust, fill in the sights to see along the way.
There are a million different ways you can go, but all are going to be a personal challenge to do so in a week once you see the sheer distance and desire to stop a lot to hike, explore, and take pictures. Essentially, it is about the distance of driving from Perth to Sydney or Brisbane (depending on the route you take).
If the goal of the adventure is the road-trip itself, you'll be in for one filled with a huge array of topography regardless if you head north of the Great Lakes through CA, south of the lakes through the US, or further south through central US (my recommendation). Because I have more experience heading on cross-US routes, my own advice is going to be one of two options (although there are plenty to see if you take the cross-CA route once you get closer to Ontario). One adventure is the shortest, which starts in Banff in the rugged Rocky Mountains, to the ultra wild scenery of western Montana, to the vast prairie lands of North Dakota and lake-lands of Minnesota, to the rolling hills of beer and cheese country in Wisconsin, through the great skyline of Chicago, zipping quickly through the farmlands of Indiana and Ohio, into the stunning rolling hills of Finger Lakes, and if time, through some of the oldest mountains (and thusly flatter) in the world of the Adirondack Mountains.  The second option, and my favorite by far, continues south from Montana and down past Salt Lake City then begining east toward Denver, then across the US in the middle. The major difference will be speed limits and the choice of cities to drive by/through, as well as time spent in the western mountains versus flatlands.
The most logical/shortest route takes you down the east side of the Rocky Mountains from Banff, AB to Calgary and across the border into the relatively boring flatlands of eastern Montana.  With that said, if you are a competent driver comfortable in mountain driving and have already seen Calgary (or don't mind missing it), the drive will be FAR more awesome taking highway 93 just west of Banff through the heart of the Rockies, oohing an ahhing as you drive through the valley, where you'll get flatter lands as you cross the border, but will soon once again be back in amazing views as you near the town of Whitefish. Here you'll make a quick decision on how much time to spend at Glacier National Park, and then you'll already realize a week to get to New York City is going to be impossible with all to see and the distance to drive :-).
From there you'll head south to Butte, where you'll need to make that decision... option 1: shortest distance to New York or recommended option 2: better topography.  Head directly east toward Billings for the quicker route (where you'll drive through a lot of flatlands and the recently booming oil country in the prairie lands of the Dakotas, or south toward Salt Lake City and stop to see Old Faithful Geyser and much more at Yellowstone National Park, then the rugged and remote cowboy country of Jackson Hole and Grand Teton National Park.  This is a good point to mention that if you plan to see 4-5 or more National Parks in the US, you might consider getting an annual National Parks Pass for $80 (nps.gov/findapark/passes.htm).  This will save you money on entrance fees, camping, etc. Yellowstone National Park, for example, is $25 for a vehicle, Rocky Mountain National Park is $20.
If you continue south, you'll go through Salt Lake City and a couple hours south make an exit to Hwy 50, which eventually connects to Interstate 70. Make a decision to stop at Arches National Park before crossing deeper into the mountains of Colorado. As you drive higher and higher in elevation, across the continental divide, you'll pass famous ski and adventure towns like Vail and Breckenridge.  Further afield you'll eventually hit the divide (the Eisenhower Tunnel, outside sleepy town of Dillon and Gray's Peak, and at 3,401m, and you'll finally make a rapid downhill descent into Denver.
From Denver, you'll make a mostly long and flat drive for a day or two (depending on how much you want to stop for things like Kansas City (Kansas) BBQ Ribs at Oklahoma Joe's BBQ & Catering) until you hit St. Louis, where you'll make your decision of how to get to New York City... Head toward Chicago and along the south of the Great Lakes through Cleveland (possibly making a stop at one of the world's best roller coaster parks, Cedar Point (Ohio)), and spending most of the remaining trip in the gorgeous finger lakes of New York State, or continue straight toward the understated city of Louisville (home of the Kentucky Derby) across beautiful rolling horse lands of Kentucky and into the Virginias to cross the Blue Ridge Mountains.
By now you're definitely running out of time, so cruise over to Washington, DC, stretch your legs for some free world-class museums (Smithsonian), and zip up Interstate 95 to end at New York City. Return your rental car at a location in Manhattan (no need to deal with airports), and do what New Yorkers do best, listen to great live music or head to the beaches of Long Island :).
Have a terrific journey!

Debbie
WOW, Michael -- this is some really awesome advice! I did a 10 day road trip from San Francisco to Chicago some years back and now I don't feel like I've made enough time for CO and UT!

Danielle
Cheers for the tips they are fantastic!!! Great info!! I've driven from Perth to Broome numerous times and Perth to Melbourne, then Tasmania to Perth.. what can I say - I'm a road trip kinda gal!! :-)

Michael
Debbie: A 10-day trip from SFO-ORD is awesome none-the-less! But yeah, you could very easily spend forever in UT and CO just driving around aimlessly, throwing the proverbial rock, and hit something beautiful, especially if you get off the interstate and drive through the gorgeous canyons of southwestern CO during the spring when all the waterfalls are active. Pick the winding-est road between Durango and Telluride, and bam, awesome. Danielle: I am a huge road-trip guy, and while I've completed SYD-Cairns in as many weeks as you will do in days, I terribly regret not taking the long journey from QL around the coast to WA :(. And with all the advice you'll get, including mine, just be warned that you're in for a ridic amount of driving. If you're in it purely for the windshield time with your arm hanging out the window and the Sat Radio playing some good tunes (recommend Channel 35 "SiriusXMU"), it will be an epic journey. However, if you dare stop for more than a half a day a couple times, you will find yourself behind schedule quickly. Note: You can drive through eastern Colorado and Kansas at night if you need an all-nighter drive to catch up. While the prairie land is very pretty, it can get monotonous after the 300th mile. Fill us in when or if you make a decision on your route and we can all fine tune your "must sees."

answered by
Peter from Bloomington (Indiana)
I don't know your taste, but your trip could easily take you through Cleveland, and the Rock and Roll Hall of Fame and Museum is there. It's fun.

Paige
I am from Ohio and the Rock hall is the best!

answered first by
Nathan
As I'm sure you know, that is a really long way. A quick google map search says 37 hours of driving which could take easily take a week if you do 5 hours a day.
The suggested route takes you under the Great Lakes, through Minnesota, Wisconsin and crossing over in Montana.  That would be cool as you could stop off around Yellowstone National Park.  Madison (Wisconsin), Wisconsin is a cool town and worth an overnight stay.  Haven't been but Twin Cities is supposed to be fun - also Mall of Americaclose by. You might have time to see Chicago. Cleveland has the Rock and Roll Hall of Fame and Museum.
Or, you could go over the lakes and down past Niagara Falls, but I would imagine that would be much more rural and empty.  Might be impressive.
I hope you have an ipod full of music cos that's going to be a long drive!

Danielle
thanks heaps for the tips! I have a friend in Madison I might hit him up for a trip to Yellowstone!! I live in Western Australia and have driven across my great continent twice - 37hrs of driving is nothing haha

I would definitely go to the CN Tower in Toronto.  Its amazing, incredible view, revolving restaurant, breathtaking. 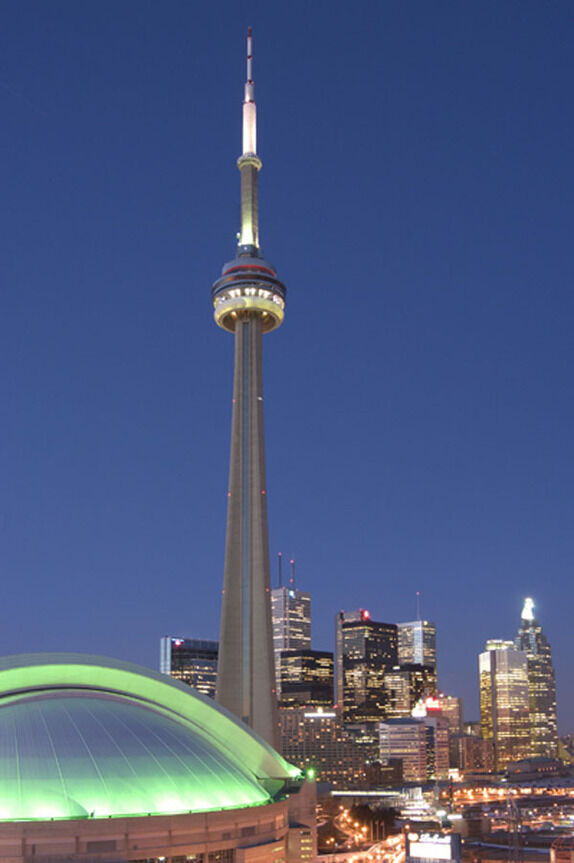 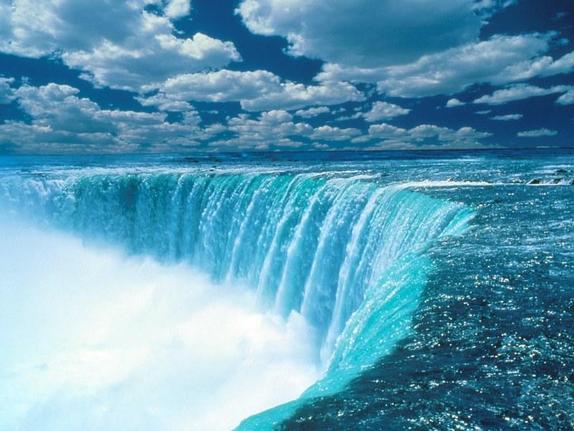