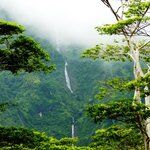 Auto Lease Back while traveling? Any tips?

Has anybody tried on of the lease back arrangement with Peugeot, Citroen or Renault?  How did it work out?  Any negatives? We're looking at leasing one for 131 days picking up the car in Madrid and returning it in London.  Did u have any problem with getting the car serviced while you were traveling?

I used Renault for years.  They were great.   Tried Peugeot too, but liked Renault  better.  Never had a service problem.

Steve
That's good to know. We're going to put a lot of miles on it an many countries so hope finding a place for service isn't a problem.
comments (1)
likes (1) thanks

We have leased through Citroen three times. Once in 1988, then again in 2012 and recently in August. The longest lease was for 6 weeks.

It's definitely the way to go if you need a car for longer than three weeks. The longest lease we had was for 6 weeks. We didn't have to service the car so I can't give you feedback on that but I'm sure they would make it as easy as possible for you. We went with Citroen because they seemed to be the cheapest. Unlimited mileage and all the insurance is included, including breakdown assistance etc. in 1988 our car was broken into and Citroen assisted us through the whole process. In 2012 we damaged the driver's side door handle. When we returned it they didn't blink an eye and just waved us off muttering 'insurance will cover it....off you go....'. When we returned it in August this year they asked that we clean the inside before returning it, otherwise they would charge us an 80 Euro cleaning charge...so maybe they are getting more particular? The only disadvantage perhaps is the number plate which is what they call a 'transitional' plate (which is red) and so you stand out a little ...if that sort of thing bothers you. There is an extra charge if you pick it up and drop off outside France (which we did this year- from Madrid). It was approximately 150 Euro (can't remember the exact amount) but compared to hiring a car it was great value.

Also, make sure you take advantage of their book early deals (e.g. If you are traveling in summer, I think the cut off date is the end of March?) - it can save you a lot!!!

A car lease is definitely the way to go - and is such a great deal (for non EU residents only). Have fun!