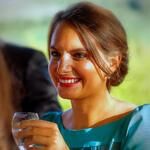 The best month to visit Australia?

If I want to visit Sydney, Brisbane, Melbourne, Adelaide, Perth and the center of the country? How long will I need?

Hi, Australia is about the same size as USA but we only have 21 Million peoples, and stretches from the tropical climates down to the seasonal cold of the Antarctic. So choosing the period to visit should not be made so much on climate but should include a season or event that you can focus on. Tourist Info sites will help you.

As a rule stay away from School holidays in particular December through to February its the hottest and fire season. Its great that you are thinking of a month as you will need a week for travelling between cities. My suggestion is to look at all the events in the cites and decided which you may enjoy the most.

answered by
Emily from United Kingdom
You would be best to stick to the transition seasons - so around March or September. Time depends on what you want to achieve. I notice that you have picked out (almost) all the major cities and 'the centre'. If you love cities then this will certainly meet your criteria and I would suggest at least a few days in each. You should drive between Sydney, and Adelaide and fly the rest. The drive itself will add up to a week if you want to enjoy it. So the minimum to visit all of these I would say is 3 weeks. 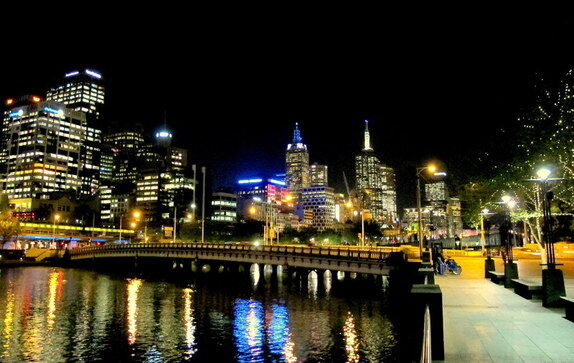 That said, I would advise you to think more closely about your itinerary if your plan is to really experience Australia. There is a lot more to Aus than just cities - in fact I would go as far to say that they are the most boring thing about the entire continent. Also by ' the centre' I guess you mean Ayers Rock which is fantastic but does not represent country Australia either. If you have the luxury of time (and money - Aus is not cheap!) then to truly experience Australia you need at least a couple of months. You could drive Adelaide to Sydney as mentioned then perhaps fly to Brisbane and drive up the QLD coast to Cairns - this whole drive is my favourite part of Australia if you avoid some of the uninteresting cities and go a bit wilder. You could then fly into Uluru and on to Perth, or alternatively, take a coach from there up to Darwin to see the crazy NT and fly to Perth from there. That said, this itinerary could easily take months!! Maybe I got a bit carried away ;)

Rosemary
I actually had the opportunity to spend the time in April-June 2009 starting in Sydney spending 10 days seeing the sites in and around this area then driving up to Cairns in a camper stopping and starting when and where I liked, this way of travelling isn't for everyone but you do get the chance to see a lot more fauna and flora than if you flew between cities. In the UK there is so much light pollution you rarely get to see the real night sky but anywhere in Australia outside the cities you'd be in for a big surprise, the sunrise and sunset are out of this world to see. I would strongly suggest the more time you allow for this once in a lifetime experience the better. To find out more find me on facebook Rosemary Swift.

answered by
Katarina from Virginia

Depends on what you like. In the summer months it's crazy hot out and in the winter it get's pretty chilly out in the mornings.

I recommend March. It's the time of the year where I think the weather is at its best - in all the areas you've indicated you're interested in visiting. Basically, if you're going to fly everywhere, you could do all the places on your itinerary in three weeks but you'd be pushing it and not really having a lot of time in any one place, because you'd be spending a fair amount of time on planes.

Coming from Europe, your most likely point of entry would be Sydney or Melbourne - to maximise your time, I'd try to book the flight back to Europe from Perth (with a stopover in Asia). Having said that, if you're able to fly into Melbourne, you could fly north to Sydney, then to Brisbane. There are a couple of direct flights fro Brisbane to Alice Springs per week with Qantas (and then you could do a side trip to Uluru). From Alice Springs, you could get a plane to Adelaide and from Adelaide, across to Perth. This route would stop you from having to back track but is dependent on the days of the week when there are direct flights to Australia's centre. The biggest amount of choice you'd get to fly to the centre is probably from Sydney.

When I travel to Europe on holiday, I generally wouldn't go for less than a month. I think you should work on at least a month here too, or cut back the number of places you'd like to visit.

Speaking for Adelaide March (known as "Mad March" ,as there is so much going in in Adelaide).  Weather is also the nicest then, and in November, in my opinion.

If you would like to go off the beaten path, I recommend you visit Adelaide in March. Why, you may ask? Because "Mad March" takes place every year in the capital of South Australia. That's when you can enjoy lots of festivals like Adelaide Fringe and Clipsal 500. Since there are so many festivals, lots of hotels offer specials in March, like the Crowne Plaza Adelaide (http://www.crowneplazaadelaide.com.au/) for instance.

So to sum up, March is to best time to go to Adelaide because it's really fun, and also more affordable because you can get a hotel festival package.

I was there in August and September, going through Sydney, Katoomba, Darwin/Kakadu National Park, Cairns, Atherton Tablelands and Brisbane. It was perfect - it was the dry season, so not a lot of salt-water crocs in places I'd want to go. Plus I was able to see the Brisbane Festival.

answered by
Paul from Norwich

Depends what type of weather you enjoy, Brisbane is tropical, is colder and Adelaide & Perth have a Mediterranean climate. January is the summer holiday period so busier in the cities.

Time required will depend on your mode of travel, Australia is a big place see this map http://www.britzinoz.com/australia-in-size-comparison-to-uk-and-europe !

answered by
Damien from Perth

A lot of people have focused on the best month to go in terms of weather and avoiding busy periods like School Holidays. As your interest seems to be around major cities you should also consider what is happening in the cities in terms of events and festivals etc. Typically it's the summer months that are the most 'happening'. I would suggest February to March, that's when there's the most going on and a more fun atmosphere. There's the Sydney Mardi Gras, Quiksilver Pro surf event on the Gold Coast,  Grand Prix... I use www.triplify.com to see what's on around Australia and highly recommend it.

So I've noticed that the other answers didn't address something important for outdoor travelers: salt-water crocodiles. I traveled to Australia in the dry season, which was August/September. That's apparently a good time to go because the dry season prevents crocs from getting to all the small fresh bodies of water. You still have to use your head and listen to the experts about where salt-water crocs might be at any given time.

Definitely consider this if you're planning so good outdoor adventures.

answered by
Corinne from Sydney, Australia
I hope you a month to Visit Australia then it won't be long enough. I agree with someone else and go outside of Australian school holiday time.
I actually think October is a good time for most parts of Australia. You might want to dedicate the Eastern seaboard to one holiday and come back for the other side. So hire a car from Cairns, visit the Daintree visit the Barrier reef (boat trips out from the northern parts of QLD are and option) and drive south. It will take about 7 days to get to Sydney (if you rush). So don't rush.
So take it slower and drive down the coast and visit Canberra down to . Fly to Tasmania to hire a car there too.
Next trip, another time. I'd fly out to Alice Springs to see Ayers Rock. Hire a car and drive to Adelaide to visit the wineries. Fly to Perth, hir a car and down south is beautiful too. Its a long, & hot journey up to Broome But I'd fly to Darwin. So much to see. Good luck.

answered by
Manon from Montpellier

it depends of the place. The north in august and the south in january