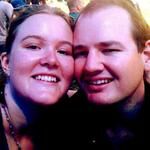 From London to Australia the long way home

Hi everyone! So my visa expires end of March and I need to start planning my slow trip back to Australia from London. How would you do it? Traveling with the hubby.

top answer by
Christopher from Melbourne

How I'd do it is probably completely different to how most people would do it but I figured someone would be interested in my dreams ;)

BTW, if anyone would like to fund me and turn this dream into a reality, feel free - I'll jump on a plane tomorrow and do it immediately!

I would love to slow-travel the entire journey over land - well, except for the bits that involve a lot of water. A boat will do just fine for those. No flights and no high-speed networks like bullet-trains etc.

Starting from London, I'd jump on a bus or a train and head east to Calais and continue on, hugging the French-Belgium border, possibly popping into Luxembourg for a bit whilst continuing down the German-France border until I hit Kehl. I'd probably buy myself a cheap bike and do the camping/guest house thing for that route - possibly continuing through Germany via Munich or maybe hop the border into Switzerland via Zurich.

Next on the map (I'll visit Liechtenstein If I do choose the Switzerland option) I'll jump on a bus or similar option through northern Austria via Vienna and cross into Slovakia through Bratislava. Then I'll hover in an out the Slovakia/Hungary border through to Budapest.

Although it'll be heading the wrong way, I couldn't say no to Croatia so a visit to Zagreb and then to the south where the adorable Hvar hides. As I'm unfamiliar with this region, I'd probably double back and head into Serbia whilst hovering around its northern border till I found myself in Bulgaria whilst making a rapid bee-line towards Istanbul. This is the part that has me a bit concerned - after about 30 seconds of deep thought, I guess heading through Iran as fast as possible would be the quickest and safest way? Perhaps head to the closest port that could get me access through the gulf so I could get to Dubai by boat and then by boat again to India - Mumbai if I was feeling a bit crazy at this point and wanted more insanity otherwise I'd be aiming to get off at Goa.

India would be an amazing place to go super slow - forget the bikes, I'd walk and use short-distance busses to go from town to town and spend a good amount of time getting lost. Eventually, I'll want to leave so it'll be off to Bangladesh followed by Myanmar by bike. I'd probably hang in Chiang Mai for a long while and do another slow-travel via Bangkok and then hog the east side of Thailand's coast till I visit Koh Samui. I'd switch to the other side of the country and stick to the coast through Phuket, Langkawi, Penang, Kuala Lumpur and finally end up in Singapore.

For my final stretch, its off to Batam Island in Indonesia, somehow get to Palembang City, continue overland and jump over to Java via ferry, visit Jakarta Capital Region if I felt particularly like immersing myself in some insanity again, head east via Bandung, Semarang, Surabaya, over to Bali by ferry (I'd chill in Ubud for as long as they'd let me) and then over to East Timor (Timor-Leste) via ferry (naturally a Lombok stay is in order) and figure out how to to do the final stretch to Oz. I assume there are ships that go from East Timor to Darwin. Otherwise I'll have to back-track to Bali or jump on a ship to Jayapura City, cross the border and head down to Port Moresby by bus and there will definitely be a ship I can jump on till Cairns. Depending on the time of year I arrive back in Australia, I'll either grab a hire car or jump on a bus/train and head south to my final stop in  via whichever country towns get in the way. At this point I would have completely blown my budget and avoiding Sydney and the other capitals would be the best idea.

Naturally, visas are going to be one of the main issues on this trip (as it seems to be on my current slow-travel through Asia). Money won't be a huge issue (in the grand scheme of things) although going by sea is rather expensive and will take a large chunk of the budget.

So. Uh, anyone want to fund me? when can I start?

I would suggest inter-rail through Europe (too many amazing countries for me to pick - good luck with that!) followed by the Trans-Siberian railway then into Mongolia, China, Vietnam, Laos, Cambodia, Thailand, Malaysia, Singapore, Indonesia and maybe even a cheeky trip to Papua New Guinea!

Whatever you choose, what a fabulous trip! Enjoy and definitely invest in a blog so I can keep up :) 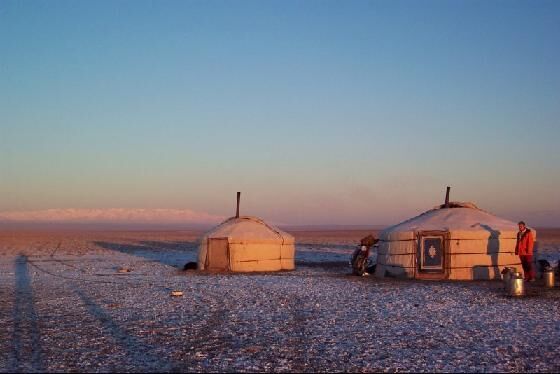