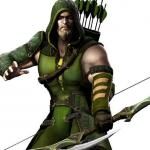 we are driving from las vegas to austin and have 2 and a half days to make the trip. would like advice on best places to stay and best route and any places to see easily along the way. leaving saturday am. arriving austin ideally monday lunchtime ish

answered first by
Terry from Sarasota
There are perhaps two kinds of "best ways" to drive there. One is obviously the "fastest route" method. This is nothing more than drive from Las Vegas, NV to Phoenix, AZ onwards to Tucson, AZ and then straight across New Mexico on I-10 with the aim of getting to Austin once I-10 gets you close enough (it swings south to go to San Antonio). You will see a lot of the desert areas and not much else. Total distance is 1,306 miles.
The other way to drive, would be to take a more northern route and take I-40 out of Las Vegas, but go south at Holman, AZ to aim yourself at Las Cruces, NM. At Las Cruces, go through White Sands, NM. Stay on U.S. Route 70/54 until you get into Texas where you would get onto U.S. Route 380 to go into Lubbock, TX the birth place of Buddy Holly (I am assuming you are rock & roll fans?). Total distance is 1,453 miles, not counting any side trips you might make.
From Lubbock, TX you would head south on U.S. Route 84/153/283 to get to Austin, TX.
The fastest route is mostly interstate, and yes there isn't much difference in mileage between the two routes, but the second route is primarily non-interstate and it will be probably the slower way to drive. If you are interested in a bit of Americana, I'd suggest the slower route.