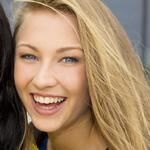 Going to Austin for a wedding in January and my husband really wants to go to Congress Avenue Bridge to see bats.  I told him I didn't think there would be many or any bats there in January, but he still wants to go and who am I to say no?  Just so the trek out to the bridge isn't completely fruitless, can anyone recommend a cool restaurant or stores or other things that we can check out while we're in the area?

I really doubt you will see any bats in January, we live in Austin and have been there several times during the summer and still only managed to see the bats once (if it rains they don't come out, if it's going to rain they don't come out, sometimes they come out when it's already too dark to see them...and so on). We've only seen the bats on our fourth try! We were unlucky, I know, but anyway, just to show that it's not a guarantee even if you go on the right time of the year.

I recommend you go to South Congress for browsing the shops that might still be open (like Uncommon Objects and  Allen's Boots for example), and have dinner at either  Vespaio, Enoteca Vespaio or  Perla's, all great restaurants (the first two are Italian and Perla's has great seafood and oyster bar). And there's also a parking lot with a bunch of food trucks in that same area.

Janine
Oh wow, if a local hasn't really seen bats, I doubt we will, too, especially in January! Good for a reality check, and thanks so much for your recommendations to these places!

I'm not sure you'll see the bats during that time, but the menu at the Four Seasons is to-die-for an it isn't that far away. Their patio is heated when it gets chilly and overlooks a beautiful garden. It's a luxury spot, but worth it.

answered by
Zach from Austin

Make sure to go to Hopdoddy!!

The area where you view the bats is right in the middle of everything. There might not be much to see bat-wise that time of year, but once the sun is down you can walk south down Congress Ave to countless cool shops and cafes. Walking north on Congress gets you into the club and bar scene downtown. No need to move your car from that area if you have one (though finding a place to park can be a challenge), just make sure you are allowed to be there for the amount of time you leave it. They are serious about towing in Austin!

Janine
Thanks for your speedy response Rachel! Great to know that there's plenty in the area and really great to know about the car situation!

answered by
Moka from San Francisco

There are a bunch of places to see right over the bridge, the name of the neighborhood is South Congress. Just keep walking past the bridge and there'll be a bunch of bars and restaurants.

And if it's the first Thursday of the month, there will be tons of people out and about.

Janine
These are all so close to each other that we can go restaurant and bar hopping. Thank you Moka!

Follow the bridge south and you'll find all kinds or great restaurants and stores just south of the bridge. It will be obvious when you hit the meat of the area.