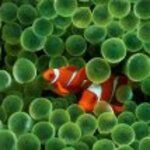 How is Atlanta as a place to live?

I am first time traveller to USA and I would be travelling to Atlanta, GA for work purpose (as an IT guy). Hence I would like to know more information about Atlanta as a city.

Below are some of the questions.

How much safe the city is to live in?
How is the public transport of the city?
What are near by county(ies) or cities to live in for?
How much is the rent goes by for a single person in sharing?

answered by
John from Norcross, Georgia

How much safe the city is to live in?  Safety in Atlanta can vary greatly depending on the area.  There are many many suburbs, I recommend Buckhead (Atlanta), Roswell (Georgia), Alpharetta, and Midtown Atlanta.

What are near by county(ies) or cities to live in for?  Buckhead, Roswell, Alpharetta, and Midtown.

How much is the rent goes by for a single person in sharing?  In the areas I referenced above, you could find a 1 bedroom apartment as low as $1000/mo for the entire space. I would budget $1200/mo to be safe.

answered first by
Steven from Atlanta

How much safe the city is to live in? Fairly safe as long as you stay out of particularly impoverished areas, namely the west side between 75/85 and 285 around I-20. There is higher crime in certain areas like any city, so you'll need to research specific areas.

How is the public transport of the city? Not great. If you want to use public transport exclusively, or even primarily, you'll want to live "ITP", or inside the I-285 highway. You can get wherever you're going for sure, but it will take a while. On the plus side it is super cheap, and it is certainly preferable to sitting in Atlanta traffic, which is absolutely appalling.

What are near by county(ies) or cities to live in for? Not sure I fully understand, but some good areas that are ITP: Vinings,West Paces Ferry/Northside, Decatur, Midtown Atlanta, Virginia Highland, and Brookhaven. Some people also like Buckhead (Atlanta) too if you're into clubs and whatnot. There's tons of good neighborhoods each with a different feel. If you're in tech there's a good chance you're office will be in midtown. If that's the case, finding an apt there will make your life easier, since you could walk or catch a quick train wherever. If you say what you're looking for it would be easier to narrow it down.

How much is the rent goes by for a single person in sharing? Really depends on where you are and what you're getting, but 1bd apt can range from $500-1k/month, where if you split a house with some folks you could get your rent down to $200-300/month. There are tons of good houses for rent all around Atlanta. Again need to know more specifics about what you're looking for to give an accurate estimate. Compared to other cities in the US, Atlanta's on the cheaper end with rent.

Atlanta's a great city with lots to do no matter what your interest. Lots of meetups, conferences, and different neighborhoods, and amazing food from all around the world. It's a bit more spread out and diverse than a lot of other cities, making it hard to get around but fun to explore. Traffic and infrastructure is by far the worst thing about it, and the summers and winters aren't very pleasant (great spring and fall though).

Romil
Thanks Steven. This would be of much help!. I would add more details as and when I start exploring the city. Lets' hope I enjoy it as much as I can. Fingers crossed.

answered by
Miriam from New Jersey

It would help to have more information about you and what country you are coming from. First of all, you need a car in Atlanta unless maybe if you live in Downtown Atlanta or Midtown Atlanta. To share a space with a person is more like $500 a month. And, you can find a small apartment for less than $1000 in the suburbs. If you are moving because of a job there, find a place to live as close as possible to work because the traffic is terrible, The weather I think, is great! From April to late September is summertime. The winter is usually short with maybe one snowfall. Yes, it is safe to live in Atlanta especially the surrounding suburbs. I love the weather, the people, the food, the cost of living and the way of life in Atlanta very much!