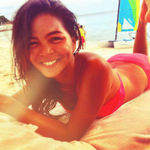 Is Angola safe at the moment?

Hey all! I've been invited for a Press Trip in Angola as a part of my job (all expense paid) but I am not sure if it's safe there. I will be there in October (if I say yes to the offer) but I'd like to know more about Angola! Has anyone been? If you can provide any information, that would be really amazing! Thanks and have a great week ahead!

answered first by
Scott from Chicago

Have a look here under the safety section: http://travel.state.gov/content/passports/english/country/angola.html