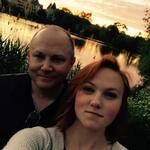 Southern Spain in April and Easter

I am flying into Seville during holy week. We plan on staying Mon thru Thursday, but we want to get out of Seville during the Easter weekend. We don’t want to do the Easter celebrations with all the crowds. We would prefer something more relaxed. I was thinking of going to a smaller town to the south, possibly renting a car and spending two days in Cadiz and two days in Ronda. Then I was thinking of Cordoba and Granada the next week, flying out the following Saturday. We are not people who like to rush from town to town. I prefer to spend at least two days in each place. Any recommendations on this itinerary?

answered by
Mary from Leicester
First of all, it isn't Easter or Holy week just in Seville so you can, and should, expect to encounter events, crowds and very probably processions in pretty much every Spanish city, town and village.
You also need to be aware that roads may well be busier during the holiday period and that public transport timetables are reduced on public holidays. Thursday 18th is a public holiday in Andalucia, Good Friday April 19th is a national public holiday and Easter Monday 22nd is a public holiday in several regions of Spain.
Apart from that, your itinerary seems ok. I'd advise you to spend at least two full days in Granada : one day just for the Alhambra & Generalife (which is vast) and one for the rest of the city's wonderful historical centre. Alhambra visitor numbers per day are strictly limited so I'd strongly advise you to book your tickets online in advance  using the official website below. If you don't...or if you leave it too late..you may miss out on the timed visit to the Nasrid palaces  (an area which is allowed even fewer visitors per day than the rest of the Alhambra), part of the site which imo is absolutely unmissable.
Official ticket site:
https://tickets.alhambra-patronato.es/en/
If you're into walking/hiking you might want to spend a day exploring the Camino del Rey mentioned below. In recent years it has been made much safer for visitors and is now open to the public again. Again, it makes sense to book a visit using the official site:
http://www.caminitodelrey.info/en/#1
You might also consider spending a couple of days in much-less-visited Antequera, a small city which is not only historically interesting in its own right but also lies close to the stunning El Torcal National Park, a unique landscape which deserves exploration.

John
Thank you, this is some good information. When we get in, we are going to leave Seville and go to Ronda. There will be some celebrations, but I think they will be more manageable than Seville. We will definitly slide over to the Camino. That looks interesting.

Ronda is something really good. Near Ronda you have Caminhos Del Rey, get comfortable shoes, is an excellent experience search on google for it.  If you go to Granada go visit Alhambra. regards

John
Thanks for the tip. We will definitly go to the Caminhos.
comments (1)
likes (1) thanks