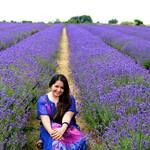 Planning the route between Amsterdam, Belgium, Luxembourg and Frankfurt

Hello..i am a solo female traveller, planning a trip to 4 countries in 15-17 days....starting in amsterdam to belgium to luxembourg ending in frankfurt, germany.

could you help me in planning this trip, i would be staying in hostels.

any other suggestions for the trip would be welcomed...thank you guys.

If you love cheese and have time, head just a bit north of Amsterdam to visit Alkmaar and see their famous cheese market. It's pretty amazing.  Otherwise, head south and stop in Gouda and/or Delft. They are both beautiful towns to stop in for an afternoon or to stay in for a day. Gorgeous architecture, ambiance, good food...  You have to stop at Kinderdijk. It's a small area along a canal with walking paths where there are 19 windmills. It's just so very Dutch and really beautiful. You can tour the inside of one of the windmills. Many are actually lived in, so you may see people tying the sails to them to get them moving.

Simon is right. Ghent is amazing. Just as pretty and less touristy than Brugge. Antwerp is a favorite with some of my friends. You can get a feel for all three cities in a day - they aren't very big. Brussels is huge, but the city center around the Grand Place isn't very big, so you can spend an afternoon there sampling chocolates and eating what are the best french fries ever. Belgium is a good place to eat.

Head east about an hour and you'll find yourself in Maastricht, the oldest city in the Netherlands and a really special one. The Maas River runs through it and it was a Roman city. So much food, culture, history, great neighborhoods and shopping.  Just 20 minutes back into Belgium is Tongeren, the oldest city in Belgium and home to one of Europe's best Sunday antique markets. Get there by 7 as it's over by 1 and gets very crowded.

Oh, and in the south of Belgium, a little gem is Dinant. There are a ton of old castles sprinkled throughout the area and Dinant itself is really special. A castle, old fort, cathedral, river, old town, caves, good food...  It's wonderful.

Luxembourg City is posh and beautiful with so much to see and eat. I only had a day there, but loved it and always hoped to go back. Definitely worth a spending a day.

From Luxembourg City to Frankfurt, you'll go through Trier along the Mosel Valley. It's the oldest city in Germany, also Roman originally so it has the combination of the Porta Nigra, the old Roman gate, and the colorful German-styled buildings and gorgeous churches. If you have an extra day or two, drive along the Mosel River to Cochem and Burg Eltz.  On the way, also stop at Bernkastel-Kues, one of the prettiest villages along the river. You can walk up the hill to an old castle ruin with a restaurant inside and see the view or catch boat rides from the riverside and ride up and down the river looking up at steep hills covered in grape vines. It's popular wine country and they make some really nice white wines.

Have a wonderful time! There's so much to see, but you can do a lot in 2 weeks.

Carina
Wow, SUCH a thorough answer!!! I made it to Amsterdam when I studied abroad, and made a vow that I would go back in the future and see it differently; you've given me such excellent options to plan my post-graduate trip!

Tiffany
Have a wonderful time. I was fortunate enough to live in the tri-border area for a few years which helps. :) No amount of time is enough. It's all so magical.

answered by
Marinus from Amsterdam

2. Do NOT go to Bruges. It's very overpriced and crowded with tourists. Rather go to Gent. You can go via train from Amsterdam (via brussels)

3. A nice town close to Frankfurt is Rudesheim am Rhein - Lots of great castles!

answered by
Liz from Westlake

Bruges is a must see in Belgium, I recommend renting a bike and biking around the city, that's the best way to see it! Iou also MUST have a waffle there, there's nothing like a real liège waffle. Brussels was also pretty neat if you have a day or two to stop! For hostels, I would use www.hostelworld.com, the reviews are always very helpful and accurate.

Luxembourg is a really neat city to see as well. It's often overlooked because it is so small, but it's beautiful. It's also very expensive, but there is one hostel there. My favorite parts to see were the Old City of Luxembourg and then going over the bridge into Kirchberg The Philharmonie Luxembourg and Musée d'Art Moderne Grand-Duc Jean (Mudam Luxembourg) have very interesting architecture and MUDAM has a wonderful view of the city. Another favorite spot is walking around near the Adolphe Bridge with the beautiful gardens and view of the cathedrale.

My favorite hostel in Amsterdam is The Flying PIg.  They have two locations and both are nice.  If you want to be closer to the city center, then stay at the downtown.  But the uptown is right by Vondelpark, the big museums including Van Gogh Museum and Rijksmuseum Amsterdam and Leidseplein (big bar square).