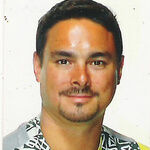 Going to be in Amsterdam for a weekend in early November.  What are recommended restaurants ($$) and bars ($$) that are "hot" at the moment, please?

top answer by
D-Jan from Netherlands

Food-wise it really depends what you like. But I give you some clues (all easy googles):

If you want fancier food on your plate but don't want to pay fancy fancy, try, 'De Kas' or Screaming Beans for instance (the one situated at Eerste Constantijn Huygensstraat number 35) or restaurant 'Restaurant ANNA' at the Warmoesstreet. It's all affordable for what you get and in a nice setting.

Other food that is really good and is a really nice venue: Mata Hari (red light district). For haute cuisine burgers I would recommend either The Butcher (at Albert Cuyp) with a secret club in the back (invites only) or Burgermeester (several locations). If you want to try the best 'frikandel' (Dutch tapas sausage snack sort of) go to the Andaz hotel. It's more pricy but it's the best frikandel available in the Netherlands in a really, really nice atmosphere! (It's bio organic meat, coming from a great supplier outside of Amsterdam. For cocktails try Door 74 or MOMOor Hilton Amsterdam rooftop hotel near Central Station (Next to it is the library, free view and some food+drinks available there at the top floor!).

answered by
Mattheijs from Groningen

All in the upcoming part of Amsterdam East.