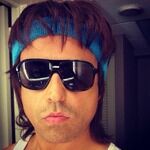 First time in Europe and going on a road trip

My bff and I rented a car and will be traveling in Europe in August and would love to know where should we stop for sure along the way. It's our first time and we would like to experience each country outside the typical tourist attractions. We are leaving Amsterdam on a Monday and we will head to Berlin, then frm Berlin we will drive to Prague, then Munich and then somewhere in France, Brussels and then back to Amsterdam. We would love to have a little taste of the local culture, food, point of interest, scenery, etc. any advice will help and thank you in advance!

answered by
Bruce from Washington, District of Columbia

In Czech Rep do NOT miss Cesky Krumlov. Look it up. One of the nicest villages in the world. Also, Karlovy Vary (Carlsbad in German).

That month will fly by so quickly!  You won't be spending more than 3-4 days in each place, so you'll have to plan everything out very carefully.  I'd recommend booking hotels in advance so that you're not wasting your time looking for a room when you could be sightseeing or doing things.

The museums of Amsterdam are just as popular with locals as tourists, so I'd recommend the Rijksmuseum Amsterdam, Van Gogh Museum, and Anne Frank House (go at night when it's less crowded).

Haven't been to Prague, and haven't been to Berlin since I was a little kid, but in Munich the best way to act like a local is to go to one of the biergartens out of the city centre.  If you're going to be in Munich after the 2nd week of August, check the schedule to see if Bayern Munich are at home.  Going to a footb...er...soccer match is a great way to meet locals, and even though BM are the most successful team in Germany it's still possible to get crappy seats at the last minute.  Dachau Concentration Camp is also a must-see.  Whilst the number of people who died here is only a fraction of the number who were murdered at Auschwitz, Treblinka, etc., it's the best organised and most compelling of all the Holocaust memorials.  Instead of going to Fussen and the castles, instead head for the Black Forest and spend a few days in Staufen im Breisgau and Baden-Baden.

In France, given your tight schedule I'd give Paris a miss (unless you can find time to spend at least 5 days) and instead focus on Burgundy and Alsace. Strasbourg is an underrated French city.

I'd give Brussels a pass...it's more of a workaday city than a holiday spot...and instead head for Bruges.

And on your way back to Amsterdam, Leiden and Delft are great small cities worth a stop.

Al
This is great!! thank you so much Janelle! i already added them to my itinerary!

janet
If you want to go to the Anne Frank House, order your tickets ahead on line or else you may not get in as all the spots will be filled. Also, there is much to see in Potsdam and it is less overwhelming than Berlin.

You're going to find quick enough that having a car is both a good thing, and a bad thing.  In many European cities having a car is like being shacked to a ball and chain.  In many cases you'll probably want to park it and rely on public transportation.

However, the truly great thing about having a car is that you can visit out of the way places that aren't serviced by trains or busses.

With that In mind, consider stopping over night in Rothenburg Ob der Tauber. Situated on the romantic road between Wurzburg and Augsburg, Rothenburg is a medieval, walled city. It has several museums, a lovely town square, and an impressive church. You can walk the ramparts along most of the wall.

During the day a good number of tour busses stop at Rothenburg, and the town can get somewhat crowded. However, in the evening, after the tour busses have left, the town takes on a completely different flavor. As the sun sets, and quiet cloaks the town like a blanket, you can get a feel of what life in the town might have been like over 500 years ago. Staying in one of the guesthouses in the town completes the experience.

answered by
Ales from Decin