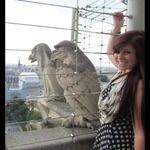 Affordable hotel in Albuquerque for the International Balloon Fiesta?

Heading to the Albuquerque International Balloon Fiesta 2013 and looking for an affordable hotel that is near the fiesta as well as other major attractions in the city. We will have a car so we can drive. What is the best area to stay in? We are students, mid-twenties, will be staying for about 3 days, and have never been to Albuquerque before.

Hey Erin! I went to the balloon fiesta a few years ago and it was actually much cooler than I anticipated, and I really want to take my family back when they are little older. I thought it was just going to be a bunch of balloons floating around, but the geography of the area is unique and it creates a swirling system where the balloons actually do vertical "laps" and keep passing right in front of eveyone watching. Then, they even have contests where the balloons drop markers at targets on the ground. You can stand right next to the target area and watch these balloons come soaring past and throwing their markers. Really cool stuff and fun to watch.

However, I think 3 days at the Fiesta would be too much. I did a half day and had more than my fill. So I would suggest expanding your trip a bit, using your car, and driving around to  Santa Fe (New Mexico) and even up to  Taos.

As far as where you should stay, I don't think you need to stay near the  Balloon Fiesta Park because you're not going to walk to it anyway. So you can stay anywhere in Albuquerque area and drive over to see it. We stayed at the  Nativo Lodge and it's close to the park and it was okay. I remember it being over priced for what we got, but during the Balloon Fiesta that was expected. I'm sure you can go further away and save some money. But I wouldn't really consider doing Santa Fe for a night or two and driving up to Taos as well. If you head up there you can see the 7th highest bridge in the US... the  Rio Grande Gorge Bridge... am i selling it?? Anyway, have fun!

JR
I know I'll probably offend some people when I would suggest not spending much time in Albuquerque but instead spend more time in Santa Fe. Taos has a small downtown with art galleries and can be seen in a half day. Other things around the Taos, hiking etc you could spend a lot more time. I would spend 1 night in Albuquerque (just for the balloon fiesta) and 2 nights in Santa Fe where you can easily make a day trip to see Taos.

Luciana
I agree she doesn't need to stay near the park (the park is out of the way anyway). When we went to Albuquerque last March we saw the best deals for hotels in Uptown, we stayed at the Sheraton Albuquerque Uptown and it was quite nice.

If you're looking for basic, clean accommodations, try the Motel 6 Albuquerque Carlisle I have lunch at the Whole Foods a block away from this motel frequently, and noticed that it has rooms currently available for under $60 per night, a real bargain for Balloon Fiesta Week. It's located in a good area with lots of nearby restaurants nearby.