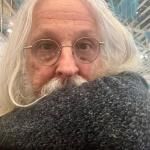 Heading up the WA-BC-AK coast in August

We're heading up the coast from Oregon second half of August -- want to catch the salmon runs. We'll be heading up from Washington to BC and ultimately to southern Alaska. We have two weeks. We're totally open to transportation options -- not driving the whole way. And we're hugging the coast. Suggestions for places to see and stay? Emphasis on the outdoors. Thanks.