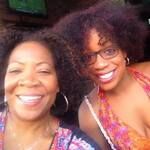 Looking to take my first big-kid vacation/trip in 2015. Where are the best places you've traveled or would like to travel. I've not traveled much out of the country but I do think there is still much to see in the US. Suggestions? Travel planning tools? Inexpensive travel hacks?

Thanks for your help, guys! :)

If it's your first big kid trip, make it easy. Don't try to do to much and don't go to far out of your comfort zone (that's for your third trip and beyond)! I hate to say it but common hot spots are good for your first trip. You can go nuts and hit Morocco, or Guatemala but it may be to much for your first adventure and could cause you to stop traveling. Places like Europe (if you have the cash), Costa Rica, Jamaica, or Australia can ease you in to your own traveling style.

If you want to go nuts let me know!

Heather-Marie
Morocco and Costa Rica sound great! Let's go nuts! Any hot spots in Morocco you can suggest? Thanks!

Ross
Fez and merriecsh are amazing. But this is an Arabic country so you won't be drinking much or at all lol. I would go with Central America for my first trip though. I plan trips and can help with any itinerary, just google some places of interest and I can help! Tulum, Montezuma Costa Rica, and if you go with Spain Morrocco is only 30 miles away for a exotic day trip! I'd love to help

My suggestion since this is your first trip is to keep things simple. As experienced travelers will tell you, things will definitely go wrong on your trip. And the further away and more foreign a place, the worse those mistakes can affect your trip.

For example, on my most recent trip to the Philippines, a local airline rerouted my flight to a different airport that was 2 hours away, and the flight was delayed for 4 hours. Since I was familiar with travel within that country I was able to make the adjustments and it didn't end up affecting my trip. However, I can imagine how that could have been very frustrating for a first time traveler.

My other tip is to travel to places where you have family or friends. Not only do you have a place to stay and save on lodging, they can also provide you with recommendations that you won't get from the guidebooks or blogs.

And since you're interested in traveling within the U.S. why not consider a roadtrip? It looks like you're in Miami, so you can drive north and hit a lot of interesting cities.

answered by
Deborah from Monroe (Michigan)

Go anywhere! Myself I love South Africa (been there 3 times) and New Zealand. Try somewhere that doesn't have a lot of turmoil going on (NW Africa, Mexico). Try a cruise or all inclusive resort.

I took my first "big kid" trip in 2011 when I was 29. I took a 5 week excursion through the highlights of France, Italy, Germany, Austria, and Switzerland. Honestly, I tried to cram too much into that time. My favorite parts were: Interlaken area of Switzerland, but it can be kind of pricey. I absolutely adored Arles Orange (France), Lyonand Dijon. SO much cheaper than Paris. Great food, people, museums, churches, etc. The whole south of France smells like Lavender and honeysuckle. There are also tons of Roman Ruins! All very easy and quick to get to by train from one another. I adored Florence and Cinque Terre also easy to get to from one another. Vienna and Venice are great too. Depending on how long you want to go, though, I would maybe go Florence to Cinque Terre, through the south of France, working north to Dijon, jet over to Lausanne and up into Interlaken, out of Zurich. As expensive as Switzerland is, I have usually found them one of the cheaper airports to fly in and out of! Also, don't be scared of flying into one destination and out of the other. Also, make sure you look into Eurail passes). It saved me a ton of money.

I myself am going to Morocco ,Spain and Amsterdam this early Spring and then London, Ireland and Scotland late this summer!

I still have the list of Hostels and cheap Pensiones/B&B's I stayed in. Let me know if you are interested!

Definitely check out skyscanner.com for your best flight options!

From Miami Caribbean or South American destinations are probably the most cost effective. You might even want to try a cruise for your first time out there are plenty that leave from Florida and it's really cost effective, especially if you can get a good deal.

Heather-Marie
THANK YOU! I've just checked out skyscanner. Other sites I've looked at for cheap airfare seldom have anything good flying out of South Florida. This'll be a big help.
comments (1)
likes (2) thanks

answered by
Alvian from Jakarta

My plans are Weh Island, Wakatobi, Derawan Island, and Bunaken all of them are located in Indonesia. You will see how gorgeous are them!!!

Heather-Marie
Indonesia?! I can only imagine how beautiful these places are. Might be a little far for my first trip but these are definitely places to add to my travel bucket list. Are there any hot spots I should be mindful of?

Alvian
Dear Heather, the hot spots are really depend on what you are interested in. Indonesia has a lot of things to be explored, from magnificent mountains to gorgeous beaches, 350 different ethnics and culture to be explored, and delicious food for sure! You can try Bali first. You won't regret them :)

To help narrow down such a big idea you could try using www.skyscanner.net - set your departure airport and leave destination as 'everywhere'. You will get a list of the places you can fly to, in order of flight price.

If you also have flexible dates, you can search by month and find the best deals.

The US has so much to offer, and will be very accessible, but you might also be surprised by the cost of flights to Europe, Asia or South/Central America for a greater change in culture. It really depends what you are looking for?

You could also find somewhere you could volunteer for a day, to really get an insight into the place you are visiting and the people that live there.

answered by
Rui from London

If it's the first time then these are usually good places to start. People are generally friendly and they're quite easy to navigate. If you decide to go to Lisbon, go to center of the town, the language barrier won't be much of a problem. Have fun

answered by
Lisa from Stuttgart

New York City  Boston San Francisco Washington, DC are all great destinations for a first trip with lots of history and culture.  Much to do and see.  Research your destination, don't overpack, factor in weather/time of year.  Is it high season?  If so, expect crowds.  Try going in off season for better rates and less crowds If budget is a factor.

Heather-Marie
I've been to DC and NYC, though Boston and San Fran would be cool - especially Boston in the fall, right? How's Seoul?

Lisa
Boston in the fall would be beautiful, especially early to mid-October. I used to live in New England. That's my fav time of year there! San Fran is an energetic city. Drive from San Fran down to Monterey Bay, CA. Amazing! May-June is my fav time. If you like NYC, then you'd like Seoul, a huge metro city of 24 million. It's old and modern, with great contrast. The Asian culture is incredibly different from American and I love the diversity.

What sort of activities do you like? What are your interests? That will help me build some ideas for you.

EDIT: OK, based on your answer ... New Zealand. You won't have much of a language barrier, and NZ is all about adventure. I just happen to have a blog post about a two-week itinerary.

Heather-Marie
Hi Justin! I'm just getting into the outdoors: paddle boarding, hiking trails, running, etc. So an adventurous place would be cool. I'm also a foodie, so I'd love to go somewhere that I can submerge myself in the food and culture.
comments (1)
likes (1) thanks

answered by
Arpit from Jaipur, Rajasthan

answered by
Elliott from San Francisco

answered by
Sue from Daytona Beach

Heather, I think it really depends on your likes and dislikes. I see you are active but do you like warm or cold? Do you hate the rain and/or love the snow? What time of year are you planning on going? Personally, I love Caribbean , Tahiti and Hawaii I would look for a place that you can get to easily. So you can spend the most time at your destination. My personal formula is to spend twice as much time at a destination than it takes to travel there and back.

I also highly recommend you go with a travel agent that specializes in what ever area you want to go to. If you can find a good one that has been and knows the area, it will save you a lot of time. I am an agent but not asking you to go with me. That is something for you to decide on your own. I just know from experience that a good agent can help so much. I traveled to Europe a couple of summers ago just before I finished my schooling and I now know I could have saved hours of planning and scheduling by finding an agent and possibly some money too.

Also, it isn't for everyone but a great way to get a taste of a region is to take a cruise. It isn't all about being on a party boat the whole time. There are so many different styles of cruising that can take you places to see if you want to go back and explore more. My next exploration will be either Puerto Rico St Maarten or St Croix

So make sure you have your passport throw a dart at a world map and GO! ;-)