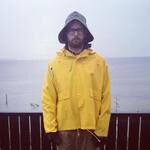 My wife and I want to go for a month of RNR with our 8 month old baby in September 2016.

We want to go somewhere safe and not have to travel around a lot - maybe stay 2 x 2 weeks in 2 locations.

Advice is much appreciated!

I would recommend Hawaii.  There 's plenty of RNR to be had, it's warm, it's beautiful, it's safe and doesn't require much travel.  You can cut costs on airfare by flying Norwegian to Los Angeles (LAX) and then transferring to a U.S. domestic airline to Honolulu, Kahului (Maui), Kona (Big Island) or Lihue (Kauai), all of which have nonstop flights from LAX and can be cheap if booked in advance.  Air flights between islands are also cheap when booked in advance.

Once in Hawaii I'd recommend visiting at least 3 islands. O'ahu has most of the population, including the state's only large city (Honolulu).  The beaches aren't as nice as in the outer islands, but Oahu is the best place to experience and learn about Hawaii the way the locals experience it.  Hawaii (the "Big Island") is by far the largest island and in my opinion the most beautiful.  There are lush rainforest jungles on the Hilo side and endless beaches on the Kailua Kona side.  The Big Island also has Hawaii Volcanoes National Park.  Maui is the most developed island outside Oahu and at times can get overcrowded and overpriced, but there are nice beaches in Wailea Makena and the drive to Hana is spectacular. Kaua'i is very small but it has its beautiful areas, especially on the North Shore.  It's also the most relaxed and low-key of the major islands.  Molokai is the most rustic of the islands and the place to go when you really want to get away from it all and are willing to forgo a bit of luxury.

All the major resorts offer savings on rates if you stay for more than a week, and you'll find that Hawaii (and the USA in general) is very welcoming to families with young babies.  Nappies, formula, bottles, etc. are available everywhere and nearly all businesses go out of their way to accommodate babies.

answered by
Mahesh from Kathmandu

Hello Matthias,
1 month travel on a approx. budget of $10,000. I don't know about other country but for travelling to Nepal it is a huge budget. Nepal is pretty cheap country including travelling, lodging and fooding.enjoy

answered by
Kim from Jakarta

Traveling long distance with a very young child is not advisable as the kid is not fully immune yet against many "common diseases." However, if you are well-prepared to go, then you might want to consider visiting Ubud area in Bali, Indonesia. The weather is mild and the views are spectacular with many green sceneries and quiet surrounding.

answered by
Jennifer from Arnhem

We recently went to Alghero, a place a little bit of the beaten track, as part of Sardinia. It was absolutely amazing, such a relaxed town with an amazing atmosphere and kind people.
As Sardinia is just big enough, you could rent a car and travel around the island, perhaps make day trips, or book a few spots there. Of course you can always go to the beach or wander through the lovely town itself, when you aren't in the mood to travel.
The weather is just fine, especially in September, as July and August can be a bit to hot. You could maybe even combine Sardinia with Sicilyor Corsica, if you want to see more of the environment.
If you want to know more about Sardinia, let me know! 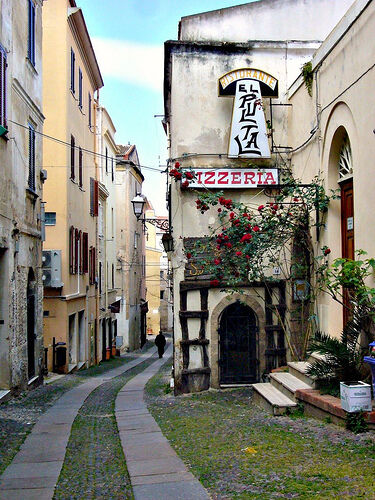 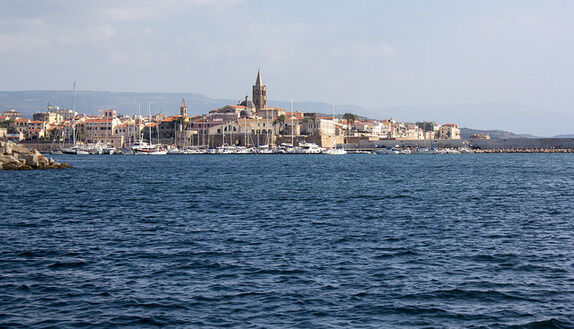 Kindly consider visiting Kenya during that time of the year when the sun is overhead at the Equator. I am sure it will be a great experience. 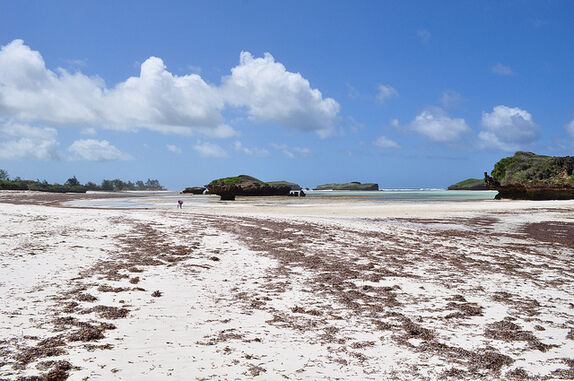 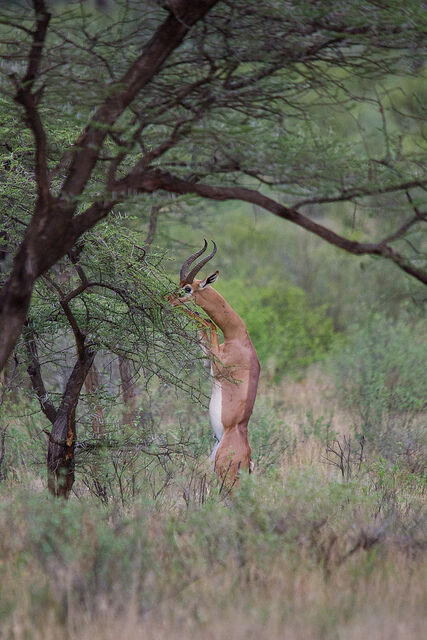 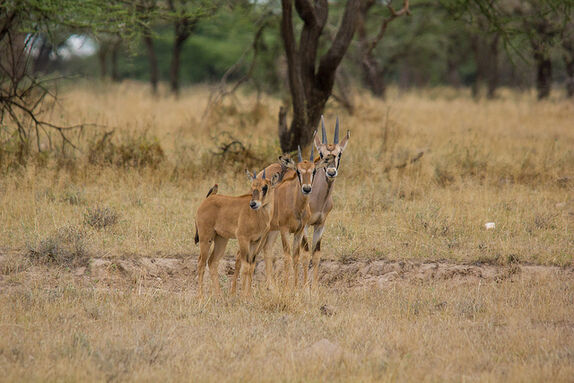 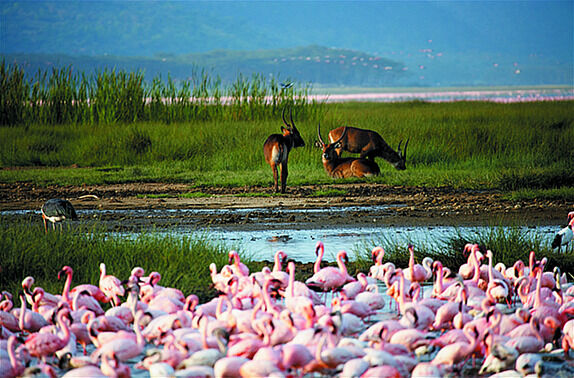 You have nice weather there in september and a very nice coastline and it's a place where many other families go.

You have a report about a traveling danish family on this link, where they give some advice to travelers with small children: http://www.globetrotterfamilien.dk/category/med-baby-i-bagagen.html 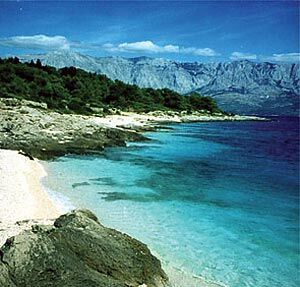 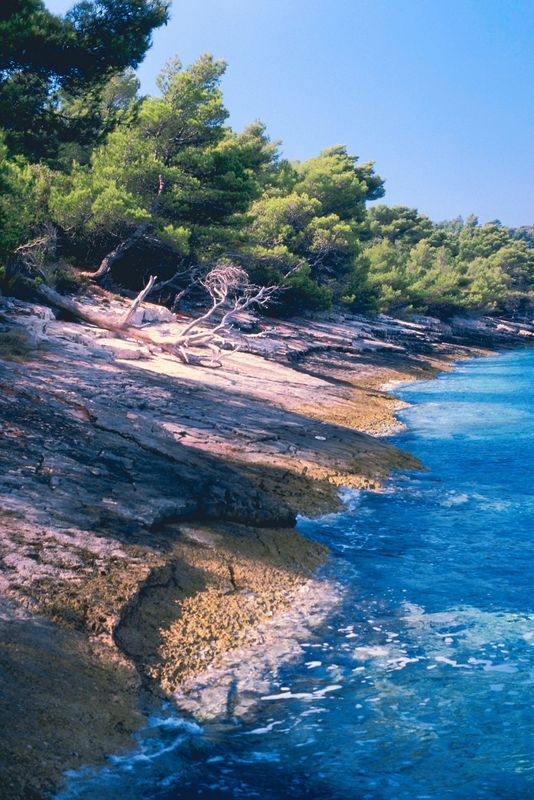 Hyatt Siesta Key Beach Florida USA. Fly into Orlando airport and go to Carrentals.com and rent a car for a month. Then for next two weeks, Hyatt Sarasota, Florida. Beautiful and safe. Lots of walking with baby spots. Many fun spaces.

answered by
Andrea from Sandwich (Illinois)

I think depends on where you want to go! If you want to go to the beach I would suggest Greece, but with all this Syrian crisis happening lately I am not sure how safe it is or it would be since I do not see that stopping anytime soon. Maybe Portugal instead.

Tiffany
Portugal is a great idea - nice weather and safe. You could easily spend a week in Lisbon, then hire a car and travel along the coast.
comments (1)

I am assuming this is your first baby and you don't have any experiences with traveling baby. If you have experience about it, do not read the rest of this.

When you go to holiday with kids it is holiday for them not for you.

Babies want order in their life. While you are traveling it is hard to maintain order. This is not impossible but to get some RNR is not easy.

So think about bringing a grandparent with you? He or she can look after your little one while you can relax a little bit. Which you will need.

You have very good budget. If I were you I would spent most of it for plane tickets and go somewhere far away. However you don't know how your baby will react to flying that long and also time zone changes. So if you are concerned about those stay in Europe. Spain, Italy and Turkey you would have very good weather.

In Turkey you could get into all inclusive luxury holiday resorts for 2 people and a baby in September for 15 days around $ 2.000-4.000. I would recommend Bodrum. Be advised between 11-15 september is religious holiday those days would be crowded.

Italy all the way!! For me it was the best place in the world to visit with a baby. Italians LOVE babies and they are welcome everywhere. Italy is a safe country and the weather is usually lovely in Sept. You could opt for two centres, maybe Puglia or Liguria for nice beaches and then one of the lakes (my favourites are Como and Lake Iseo) There will be enough to do, the food is mostly great and it is a brilliant country to go to for relaxation with some culture thrown in.