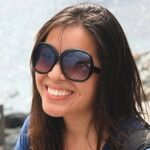 <3 Travel stories that warm your heart <3

There's a thread about travel mishaps, but I'd love to hear about stories that happened on your trips that warmed your heart – an unexpected surprise? Making a new friend? An act of human kindness?

I have a few, but the top two that come to mind are:

1) Meeting fellow lovers of clean laundry in an Athens hostel laundromat, then having an impromptu spaghetti night complete with drinks and waltzing.

2) Accidentally leaving behind a precious homemade scarf on a train in Japan, and having it returned 2 months later (in perfect condition, no less).

me and the wife (she wasn't at the time) were in Jaco Costa Rica. i know its a dive of a town but we were taking the water taxi to montezuma in the morning. we were exploring our hotel/hostel and wandered onto the roof were an older couple was eating. we apologized for interrupting but they insisted we joined them. we explained that we can't afford this type of place and they quickly answered " we wouldn't invite ya if we couldn't afford it" followed by a huge belly chuckle! they were defiantly from the southern USA, like us but had defiantly done well in life. this proceeded into an all night party in bars and restaurants we could never have afforded. they disappeared into the night without us knowing it. when we asked the bartender were they went he said that they left but left us a $50 tab! they were truly generous people and provided us a night that we never would have been able to do at such a young age!!

A few years ago I helped an american guy operate the machines in a Copenhagen coin laundry as he was having trouble with them.

Once we were done washing the clothes he shook my hand and said thank you and told me that he was the manager of Chris Cornell and handed me two tickets for Cornells concert the same evening.

Michelle
Were you the same guy who helped me with my laundry? Seems to be a thing about Copenhagen! :-)

I (Ashley) volunteered in Costa Rica and lived with a local family who spoke no English, I spoke very little Spanish. Every night after "work" we would use my Spanish/English dictionary to try to teach each other key words and communicate. After our time was up we'd learned so much about the others' lives and felt such a great connection we all cried when I left. It was such a great experience and personal challenge. 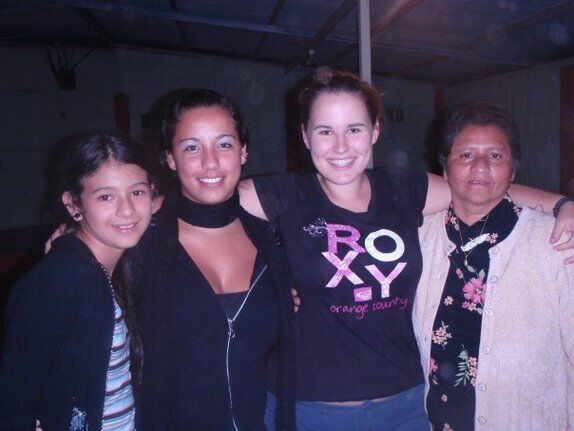 Me and my host family.

On a bitter cold and rainy day in the Paris Flea Market, a group of "marchands" invited me to join their impromptu lunch under a canopy, offering me a bowl of delicious, homemade soup.  I found out that the same group of antique dealers gathers every day, bringing their own French version of "pot luck" dishes.

Best soup I've ever had! 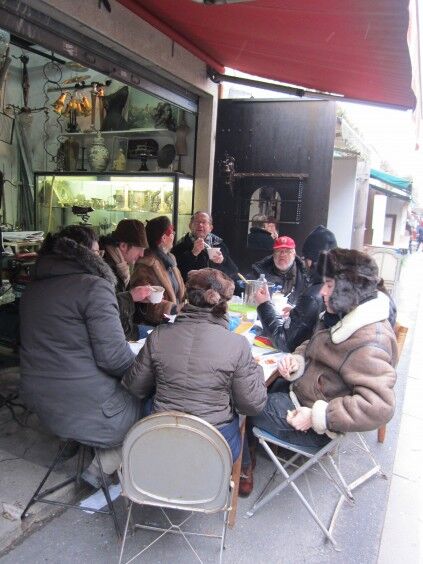 Cherie
I love how this is not only a heartwarming story, but a tummy-warming one as well. "Why not?" :D

answered by
Chiara from San Francisco

The story that warm my heart is the story with my husband. We were born in the opposite sides of the world and from the moment we met I started to believe in destiny. The book is on Amazon it has more than 60 5-star reviews: 2 YEARS 4 MONTHS 2 HOURS

Visit my Blog to know more.

One example that comes to mind is my friend Rolando from Mexico City. We had met at an Ultimate Frisbee tournament the year before in Acapulco. We were on the same team for a few games but we didn't talk much during the tournament since there were lots of people at the tournament and because I was there with a bunch of friends from the states.

The following year I posted to the tournament facebook group about coming back for the tournament early and asking for recommendations in Mexico city. Rolando was one of the only people who replied. Not only that, he even offered to let me and my girlfriend stay at his house near Mexico City. Not wanting to pay for a hotel, I accepted his offer.

When I got to Mexico City, Rolando came to pick me up at the airport and drove me to his house. That's when I realized that he lived in a modest sized house with his wife and daughter, and that my girlfriend and I would be staying in his daughter's room. I felt bad about that and told him that we could find a hotel instead, but he would not take no for an answer.

Not only was he our host for the next several days, he even took time off from work to drive us around and take us to fun places around Mexico City. During our stay we watched a professional wresting match, toured the Pyramid of the Sun in Teotihuacan Mexico, explored downtown Mexico City, and enjoyed the city nightlife. We could not have hoped for a better way to experience Mexico City.

Of course now Rolando is one of my close friends, and I'm still waiting for the day when he comes to visit so that I can return the favor. In the meantime, I try to be as good of a host as I can be to my friends who are visiting me in San Francisco.

I was in a laundromat in Copenhagen. Thought I'd be able to get soap, change, etc there. Nothing. All the instructions were also exclusively in Danish. A young guy just finishing up came over and showed me everything, gave me soap and paid for the tokens to use in the washer and dryer. He wouldn't accept a thing from me.

I was walking down the road with my backpack on Pico Island a few months ago between the towns Lajes do Pico and Sao Roque do Pico and a young local guy stopped and offered me a ride.

I was catching the ferry from Sao Roque to Velas and he offered to drive me to the ferry, but when we got there I still had a couple of hours before the ferry was leaving and the young guy was going to work in a local kindergarten, but he handed me the keys to his house and told me I could use whatever I wanted in the house and eat from the fridge if I liked.

Then he drove off to work and I was left alone in the house after knowing him less than 20 minutes.

Now that is having faith in human kind.

Cherie
What a nice person!! Definitely restores my faith in humankind. ^_^

My wife and I were in Fes and had hired a local guide for a tour through the old city, which is very easy to get lost in.  Several times during our stop, our guide would go into a shop and buy sweets and snacks.  As he would walk past kids, many of them which appeared to be rather destitute, he would hand out the treats to the smiling kids.  Soon, we were joining in!    It was a very heartwarming experience.  He said he was a retired schoolteacher, so obviously had an affinity for children.  My wife referred to him as Papa Noel.  He chuckled and just lit up with a smile I will never forget.  A really fantastic personal experience.