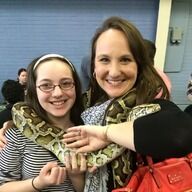 Though I've been traveling before I could walk, I first became intensely attached to a place after visiting Oaxaca, Mexico with Northwest Medical teams where I volunteered as a translator for the doctors and nurses. The people had so little, yet laughed and showed immense joy and gratitude. It was humbling.

In 2005, I moved to Geilenkirchen, Germany where I learned to travel in my everyday life.  Even in my tiny village there was always something new to learn and do and see. After 3.5 years there, I moved to Valencia, Spain where my heart now calls home though my feet have moved on. Spain changed me, and its people became family.

I've learned that "travel" is a perspective and the beauty of a place is found in its people. But people are everywhere, so I can "travel" where I live as well. I see Maryland now, not as home, but as a destination for me to explore in depth before moving on.

Where will I be in the next two years? Only time will tell, but I'll be moving on, traveling in between, and discovering a new place.

Though not quite unpacked, my words and photos have found a new home at 10000windows.com​, or peruse my old blog at VerboseVagabond.com​﻿ while it's still up and running.

AMt Shasta: things to do

A very popular activity is to rent a houseboat for a few days and enjoy Shasta Lake​. It's a huge lake, so great for hot weather water sports or just having a bbq on your houseboat and relaxing. See More

There are some beautiful places very close to you. By train, you can easily get to Maastricht​ which is my favorite city in the region. It's the Netherland's oldest city, an old Roman city with many artifacts remaining, and a huge cultural and... See More

AValencia: Suggestions for Christmas in Spain

Will you be in Spain on the 6th of January?  Christmas in Spain is a quieter holiday. There aren't many large celebrations and most people celebrate quietly with their families. All of the amazing cultural festivals/events happen on Epiphany on January 6th with celebrations... See More

I collect a lot of things, but as far as small, inexpensive ones, I love my sugar packets. I bring them home and put them in a a jar for people to use when they come for coffee. Is always a fun memory and conversation started since the packets always have the name of the... See More

ATuscany: where to park in Sienna

There are a couple little parking garages just outside the city walls near the main gates. We just let our GPS find them for us, but they aren't difficult to spot - just small. See More

AWhere have you spent your best Christmas away from home?

We spent a wonderful Christmas in Italy​ a couple years ago. There a nice Christmas market at the Piazza Navona​ in Rome​ and enough lights in the streets and decorated trees that it feels Christmasy. We spent several... See More

When in Portland, you must try some foodtruck food... it's amazingly good. Walk down to the city block at 9th and Alder for an entire city block parking lot lined on all sides with food trucks and several spilling over onto side streets. Also, it's not downtown,... See More

AParis: 4 days around Paris- need advice on traveling by car

1. I don't advise driving in Paris. Outside of Paris is fine, but driving within the city center is terrifying and I don't scare easily. I've driven all over the US from one coast to the other, in cities like San Francisco and Valencia, Spain and Berlin. Driving... See More

AGermany: Best Christmas markets and what to do there?

If you were to add another market/region, I'd suggest heading west to see the markets in Cologne​. There are actually five markets to see there and you can take a small train to each one. This market can get insanely crowded though, so to enjoy it,... See More

ANeed suggestions for travel destination that is warm in early March?

Because you said both "warm" and "March," I'd suggest Valencia​ where you can lounge on the Blue Flag beaches during the days or sail from the port where the America's Cup has competed, then head into the city to experience... See More