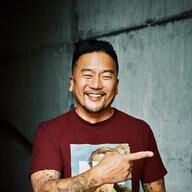 Named one of Food & Wine’s best new chefs of 2010, Roy is the chef behind Los Angeles restaurants Chego, Sunny Spot, Alibi Room, A-Frame, 3 Worlds Cafe, POT, POT caFe and Commissary.  He has authored a New York Times Bestselling cookbook/memoir L.A. Son: My Life, My City, My Food and most recently launched one of CNN’s first digital web series, Street Food.  He is also known as the godfather of the food truck movement thanks to his success with the much celebrated Kogi Truck. At a time when chefs and food trucks were members of distinctly different classes of the food world, Roy had the gall to rent a truck with his partners and hit the streets of Los Angeles. With a pedigree including the CIA, Le Bernardin, and the Beverly Hilton, Choi might not have seemed like a likely candidate to go roadside, hawking tacos on street corners, but this bold move garnered praise and attention of the food press and public alike. With his Korean-Mexican tacos as the star, Choi has carried out, built bridges, and expanded the vision that drives him to this day.

QNeed inspiration for Loco'l. Where is the best place in the world to eat?

This can be a restaurant, city, region, country--anywhere in the world. What's going on here that's different and why is the food unlike any other place? Where should I plan my next trip for Loco'l food and recipe inspiration? See More