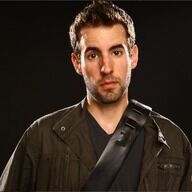 Take Jason Mraz, Fountains of Wayne, and Jameson 12 Year, put them all in a plane and fly them around the world a few times.

Mike Mentz is a pop/rock singer-songwriter and traveler from Nashville by way of Chicago. In love with traveling, Mentz's sound and lyrics are shaped by the always-changing world around him.

Named “One To Watch” in late 2012 and again in 2013 by the Nashville Songwriters Association International, Mentz is frequently hosted as a featured songwriter at the legendary Bluebird Cafe in Nashville.

From living in Paris playing guitar on the banks of the Seine in between crepe breaks to years of international touring through the Caribbean, Baltic, and all over Western Europe, Mentz has gotten a good jump on globetrotting.

He has performed in over 25 countries, and his last 15 recorded songs were written in 12 cities including Chicago, Paris, Cozumel, Helsinki, Dublin, Barcelona, Tallinn, and Nashville.

With a lot more to see, Mike is focused on connecting with fans all over the world and taking his tunes to cities both foreign and familiar.

Hey Lily! I'm a big fan of Salamanca​. It's a nice size city but far less touristy than most. Great people, lots of great food, and a charming walk in every direction. Pretty quick trip from Madrid. Cheers, Mike ​ See More

ASpain: Best places to travel in Spain - no hotels!

Hey Oana, A couple years ago I traveled all over Spain and used Airbnb for every accommodation. SO much better than hotels, as half the time I met and hung out with the host, who had interesting stories and nuggets of wisdom about their city. In particular, I found a... See More

AChicago: Good places to go for live music in Chicago?

​All great answers so far! I'd add Schubas​, Lincoln Hall​, and Martyrs'​ to the mix. I've played and seen a bunch of shows at these spots, and they're all great venues with character. See More

Great answers already from Sarah, Tiffany, and Jacey! I'll just add my experience from a Spain​ trip a couple years back. Except for a couple buses, we took the train most everywhere. It was quick and comfortable, and was pretty reasonable price-wise.... See More

QWhat's a song that makes you want to pick up and travel?

For me, there a few songs that, when I hear them, make me want to immediately get on a plane and fly somewhere I can explore. What are those songs for you? See More